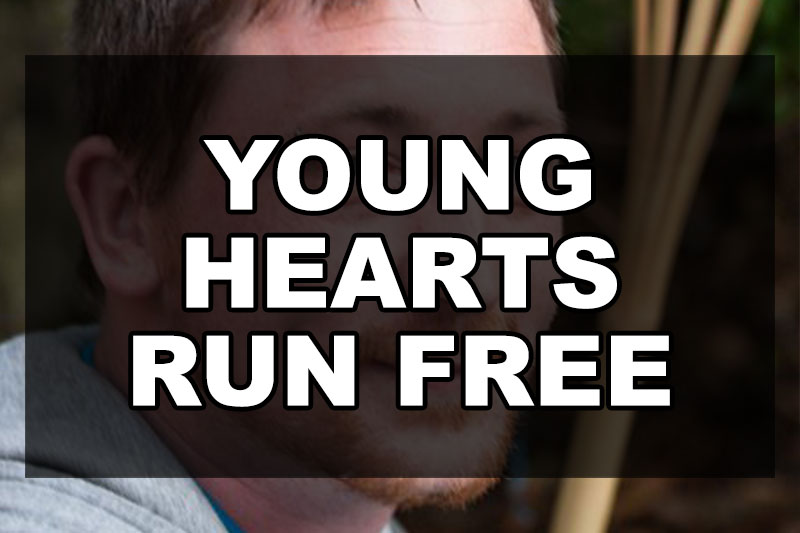 Editor’s Note: The following submission is from . Have an LGBTQ+ related experience or story to share? Having your article published on this site will automatically enrol you into a raffle to win a $50 Amazon Gift Card. Submit an article today via queerdeermedia.com.

Coming out for me was a joyous experience. I’m not talking about coming out to family, that was a shared open wound that would be continually picked at, in fact a few months after coming out I was forced to leave them behind and begin a new life without them. The joyous experience was coming out to myself and starting the journey towards understanding who I was and where I fitted in the world, shedding the skin of youth and confusion to embrace a world that had a place for me and so much for me to see and do. Like many gay people when I look back I can pinpoint the exact moment.

Being attracted to men was something I don’t remember ever not knowing about myself, I would often argue as a child with my sister about who in our favourite boy bands was the prettiest, that was until older people pointed out that this wasn’t something little boys knew and certainly never talked about. As I got older I started to understand that I was gay and what that meant in the wider world . I saw how we were represented in films and TV it seemed that all the world was offering me was a life of misery , secrecy and alienation, or if I was lucky the life of a tolerated clown. The attitudes of people around me only reinforced the message from the media, that I wasn’t normal and could not expect to have what ‘Normal’ people had. It was slowly improving and not as bad for my generation as it had been for those who went before but it still wasn’t great.

At 16 I started working in a hairdressers the family of course had a field day with this news so as they made insinuations about gay hairdressers, always joking of course because underneath the laughter was the certainty that they would never have a queer in their family, I insisted that I was doing it as it was the only job I could get at that age. I had left an adoptive family to live with my birth mother so she couldn’t claim government help as officially I wasn’t her son and I couldn’t get anything as I was too young to claim for myself. So I started training as a hairdresser batting off comments from the family and making new friends as I worked, One of the lads I worked with was a very camp out gay man so his were the conversations I would listen to most longing for someone to talk to him about which clubs he went to and where they were. I didn’t dare ask myself but my ears pricked up every time he talked about his nights out, eventually came the conversation sprinkled with magic words, “Qbar” “The escape” “Gay clubs” “Paradise street” . That was all I needed,at 16 nearly 17 I looked old enough to go to bars and now I knew what clubs to look for and roughly where to find them. I was actually going to do this.

I told my mum I was going out for a drink with mates from work, I was often out drinking with her and uncles so she didn’t really worry about me going out with workmates. I went upstairs and put on a tight white T shirt then quickly covered it with an ugly baggy black shirt, terrified of standing out always making myself seem smaller than my 6ft4 height hiding behind my untamed long dyed black hair. Back then I was always living in fear that somebody might notice me and start asking questions but tonight I had to be brave, to dare to be noticed and start meeting others like me. The first bar I found quite easily it wasn’t very busy and I was told it wouldn’t be until the escape was about to open down the road, so I had a bit of time to fill up with alcohol and be flirted with before trying to get into the club.

Hours later I am standing in the queue waiting to get into the escape A poster outside shows beautiful half naked men dancing and men kissing, another poster informs me that hannah jones will be singing live this evening. I paid my money and got past the door staff without any trouble even though I must have looked like the guiltiest most frightened kid in the world and entered the club like Alice tumbling into wonderland . The place was filled with people of all ages , all colours all shapes and sizes but beside all of our differences sharing something that some of us still couldn’t share with the rest of the world. People in the toilets sloughing off their real world drag in favour of tighter more colourful clothes was the only small reminder that the outside world existed . In here people could be themselves people could sing and dance and love and laugh after a couple of drinks I may even go mad and unbutton the shirt I was wearing over my t-.shirt. People who saw I was shy or new chatted to me and encouraged me to dance with them rather than stand alone and again dragged me to the dance floor when hannah jones came on to do her set. We crowded around as she belted out gay anthems with a rich powerful voice and then came to me and grabbed my hand , she pulled me to the front of the crowd and held my arm up as she sang the chorus of young hearts run free and that was the moment I came out to myself, looking around as this woman sang those words seeing so many different people dancing, kissing , laughing and loving. That moment told me I could be myself from now on, it was time to be open about who I was and enjoy everything the world had to offer. It wasn’t because I believed that gay life would always be like that moment that I would always be surrounded by these people and safe and happy. But at that moment for the first time I knew that whatever was happening in the world however we were treated we would always be able to find joy and love with others like us.