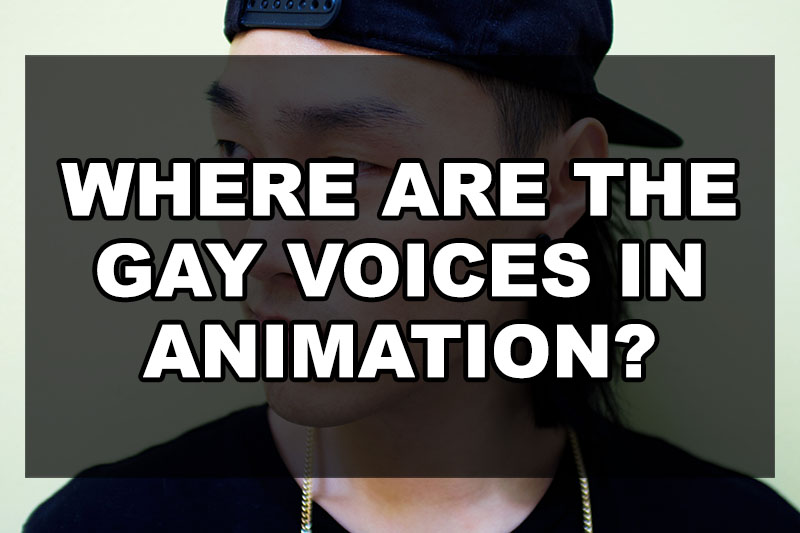 Editor’s Note: The following submission is from Alex Myung. Have an LGBTQ+ related experience or story to share? Having your article published on this site will automatically enrol you into a raffle to win a $50 Amazon Gift Card. Submit an article today via queerdeermedia.com.

[amazon_link asins=’B074SV4YRR’ template=’ProductAdRight’ store=’ourqueerstories-20′ marketplace=’US’ link_id=’dc8ee3f7-8c9f-11e7-acd8-f120770e8550′]In the world of Animation, LGBTQ representation is rare. Queer women are almost solely used as selling points to straight men, and queer men are used as selling points to straight women. When I decided to direct and animate an independent project, I never set out to make a film specifically to combat this. But over the past four years, I began to see just how necessary it was to finish my film, ‘Arrival,’ in the hope to reverse this.

As a gay Korean adoptee in a transracial family, my 10+ years in New York City have provided me with a wide breadth of perspectives: Adoptees never quite fit in where we think we do so we end up spending our time jumping around from group to group, wondering where we belong. I thought maybe I could relate to a lot of my gay Asian peers but I slowly began to find myself, once again, on the outside looking in. Dating other Asian men is what lead me to write ‘Arrival’ which revolves around a young male who’s reluctance to come out has a negative impact on his most intimate relationships.

Being Queer in the Asian American community is still incredibly difficult as many families have strict traditional values. I never realized how hard it would be, being with someone whose family was unaware of this important chunk of who they are. I came out to my family in 10th grade (to rave reviews), so I was pretty blind to how fortunate I was to be living unashamedly as a gay male, traipsing around NYC, thinking everything is golden. I have since learned.

We tend to believe that coming out is about the person who is, well… coming out and the people they are coming out to. But guy after guy eventually began to push me away simply because they weren’t open with their families and it strained our relationship. How could they believe I loved them when they barely knew if their own families loved them? It’s an argument I rarely found myself winning.

Right after college, I experienced a break up that was particularly painful (and notorious amongst my friends). Artists are always told to turn their heartbreak into Art, so I decided I would flex the BFA in Animation I had just earned and see what I could do. It was less about proclaiming to the world that I was a lover scorned, and more about me healing myself through repetition and discipline. Animation takes a very. Long. Time. So I hoped that it would allow me to mend a part of myself I felt had completely died. Young love is somehow both overly dramatic and incredibly important at the same time. I wouldn’t change those feelings for the world. Getting a chance to delve into the mind of my ex and working with the characters for so long helped ease the heartbreak I felt. After four long years, I’m happy to say I have recovered! I also began to direct my frustration less on the man I had just dated, and more onto the families who still refuse to recognize their children’s identities. Note, this is not to say I forgive the fool, I’m a salty dude.

It was during the production period when I began to notice how few animated films there were which reflected the sort of life I had led for so long. Where were they? Why were all the anime stories about gay men written by women? Why were all the stories about gay women written by men? Since having ‘Arrival’ screen in a little over twenty festivals, my eyes have been opened to a small world where there ARE queer animated stories being told. The rest of us just don’t know about them! We need to yell louder.

If there’s anything we’ve learned recently, given the current political and social climate of our world, it’s that visibility is necessary and it is desired. We all long to have our stories told just to know that we are not alone. A fellow adoptee once told me that when you don’t see a space that you identify with, create the space yourself. Making this film not only healed me as a person but it has also allowed me to connect with people, like myself, who love animation yet wonder where they fit in. I don’t think this short film represents every answer or every tale. However, I sincerely hope that it helps open the door for more Queer narratives, within the animation industry, that also happen to be by LGBTQ people. Only we can know our stories, so let’s make our voices heard.