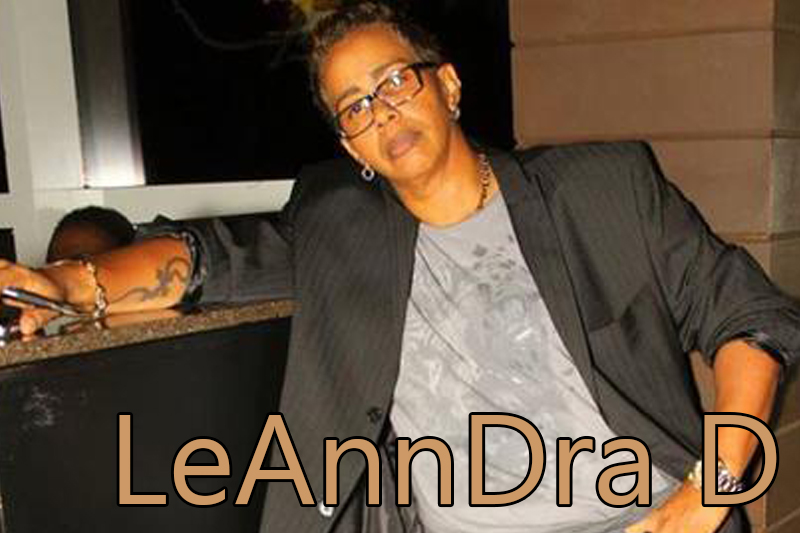 Editor’s Note: The following submission is from LeAnnDra D.. Have an LGBTQ+ related experience or story to share? Having your article published on this site will automatically enrol you into a raffle to win a $50 Amazon Gift Card. Submit an article today via queerdeermedia.com.

[amazon_link asins=’B06Y6CLQZW’ template=’ProductAdRight’ store=’ourqueerstories-20′ marketplace=’US’ link_id=’60c90cb2-8cd9-11e7-94c5-6f50bdd31194′]When I was 7, I didn’t know why when I played “House” With the neighborhood kids I was always the Dad, why I always picked the cutest little girl to be the Mami? Why I never wanted to play dress up with dolls like the other little girls. Back in 1968. Why I always wanted to play with the “Hot wheels” as I got older, I wanted to play stickball, and football with the boys. I had 2 long braids and my mother dressed me like a good catholic girl should dress. Dresses and hats and Patten leather shoes, with the straps for school and church.

But when school was out, in 5th grade… My routine was get home, change your clothes into jeans and sneakers! Do your home work then hit the streets of New York! They called me “Tom” around the block! Short for” TomBoy” That’s right and I wore it well! I played stickball, round up, kick the can all the boy games. Girls were actually jealous because I hung out with all the guys! They wanted to but they could not keep up! LOL. So to this point 10 years old. I knew that I was different then other girls.. But nothing really more. I had kissed a few guys .. Fondled a few but nothing more. I knew that I liked looking at pretty girls and I had a few dream where I was the “male role” But I did not think anything of it. I used to sit in the front of the class to the right of the teachers desk, Miss Bataglia. In those days all teachers had those big desks. From where I sat I could see directly under her desk, I would spend most of my day staring at her long Italian legs in those high heels. No idea why, it was just something that I enjoyed doing .. Still not knowing why … Miss Bataglia will for ever by my favorite teacher, its funny she will never know how she impacted a Puerto Rican girl in her home room class in 1971.

But in 6th grade, I remember it like it was yesterday 1972. The first day of JHS. Yes! I get to change classes and be all cool! And my mother let me wear jeans too! So there I am trying to figure out where my classes were carrying all these books with my class list in my mouth looking for the cafeteria. I finally get there now this is a NYC Public School. It has huge heavy double doors into the café. When I finally got the door open… I scanning the giant room, looking for someone I knew or where I was going to sit.. it had a sea of those lunch room tables that have benches attached to them. Over to the far left there was sort of a section separated from the other tables. At first I did not notice, but then as I started walking over no Idea why I chose that direction….I started to see, guys dressed like girls and girls dressed like guys. WOW it was like an apiphany, it was like the heavens opened up and I heard ahhhhhh ahhhhhh! “That was what it was! That is what made me different. This was it I was one of them! .. But .. What was one of them? Lol I didn’t know still. I just knew I belonged on this side of the room. Later I heard some girls talking they said yeah that’s the Gay side over there meaning where I was sitting. I was like a deer in headlights. Just taking it all in not talking to anyone just eating my lunch like the rest of the Gays!!!

That day after school I ran home as fast as I could, not stopping for anything! IT the most elated, euphoric, indescribable bliss! I bust in the door yelling ma, ma I know what it is now!! She came out f the room and said “What? What are you taking about? I said ” I am GAY! ” I figured it out today at school, so I told her everything.. Then she looked at me and said ” Gay? No your not.. Your 11 years old you don’t know that your gay, your not Gay” You never even went out on a date, never had a “Boyfriend” How could you be gay? … I was deflated… hum she was right I had never dated anyone .. I was a kid from Christ sake ! “That is what she said” Looking back it seems so comical. My mother and I had a very open relationship. We talked about everything.. We had no secrets I loved her for that being so open and cool like that.

I had the cool mom! So much for my eureka moment. My mother made short work out of stuffing me back in the closet! Shortly after the next year she moved me out of the city to the burbs. But before that happen I did kiss my first girl a freckled face Red headed Irish girl named Kathy. We used to kiss and hold hands in her room when I would come over after school. Wow .. We used to lay on the couch together and do stuff with our clothes on. Funny thinking back on those times, wonder where she is today 40 years later.

Well, my mom I suspect, suspected that I was heading in that direction, so she moved me away and gave me what I call the speech. The one where your mother tells you that “You have to try and do the right thing” (Be St8) Im 12 years old.. What I am I going to do get a job and move out. – So I dated a guy in HS. She was soooo happy! And I was in love with him from 14 to 18 we practically lived together. Italian and PR guy very hot! That Sex was off the chain! .. My Mom was like see … I was not convinced that this really changed anything. But what it taught me was that “Love was not about Genetilia” Well to make a long story short after 4 years together I busted him in bed with another girl from school, the morning after his bachelor party. One day before we were to be wed,, whew.. I dodged a bullet there! 500 invitations 5 braids maids… thousands of dollars spent by our parents. After I throw here out and during the crying frenzy an 18 year old who finds her boy friend in bed with an ugly check from biology class 1 day before the wedding.. Something weird happen.. I sexed him to sleep.. It was all kind of a hazey how it began but.. 3 hours later he was snoring and I was in my “Red grand Torino” headed home to again tell my mother I was GAY. Somewhere there is a Video of the ceremony when my cousin walked down the isle in stead of me. When Tony (that was his name) lifted the vail.. It was NOT me. I was on a flight to P.R. Crying my eyes out but at the same time.. I was relieved and I knew that everything happen the way it was suppose to. After that I landed in the lap of the gay movement in NYC. ” Where Here. Where Querr get used to it”