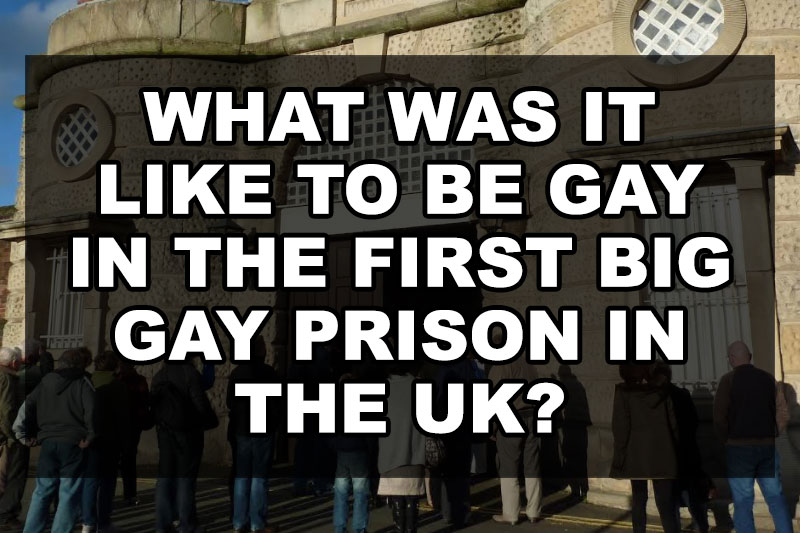 Editor’s Note: The following submission is from Rob Blackash. Have an LGBTQ+ related experience or story to share? Having your article published on this site will automatically enrol you into a raffle to win a $50 Amazon Gift Card. Submit an article today via queerdeermedia.com.

It is four years – just four years since the last Winter Olympics – does anyone remember the location? South Korea in 2018 but where were they in 2014? They were in Sochi – that’s right in the heart of Russia possibly one of the most homophobic countries in the World. So, whilst this year’s Pyeongchang Games have been seen celebrations by successful openly gay medal winners – nothing like that would have happened in Putin-country! A lot can change in four years.

Why do I remember those Winter Olympics, those Russian Games so vividly – four years ago I faced possibly the greatest challenge of my life? A challenge which meant being publicly outed – confessing to crimes, crimes which would reveal I was gay and pleading guilty in court, even facing a term in gaol, all due to start on Friday February 7, along with the games.

For those of you familiar with the English legal system it is fraught with delay – day-after-day the case against me was not on the lists. Day-after-day I sat alone, at home, worried and stressed, not daring to show my face in public, fearing publicity, terrified of being recognised and dreading the outcome. I watched those Olympics – without ever watching – never really connecting, that’s where it started.

The games were over by March when my case finally came to Court. And I was sentenced to serve my time in the First Big Gay Prison in Britain. I exaggerate for effect – but the UK Prison Service made a strategic decision that it would concentrate prisoners considered as ‘vulnerable’ in a limited number of institutions. And this in turn lead to a concentration of sex offenders, rapists, thugs threatened by gang affiliations and gay guys getting lumped together in just a few special facilities.

This story is not one I’ve previously shared. I have written before about my time in Prison X – making my focus the relationships, the positive powerful friendships that guys formed and that helped them survive. But as we enter the coldest March on record here in the UK – I remember what life was like in a freezing, frozen, old and decaying Victorian Gaol – banged-up – my thoughts today turn to fellow inmates several serving long sentences, some of whom are still inside.

One such guy was Tim (not his real name) – a gay guy – young, vulnerable, skinny, spotty white – and worse a Catholic; or at least that was how he felt. His faith however got him to Chapel and there he was befriended by Stephen (not his real name). Now Stephen was a Big Gay Godfather in gaol, a prisoner representative, he’d done time before and doubtless will do time again for various crimes associated with certain types of gay sex. Do not judge Stephen, do not dare to judge – for in judging someone you do not know (but whose actions you may not approve of) you are as guilty as a homophobe who does not know you but believes he must hate all gays!

Stephen saw something in Tim’s desperation – he identified that the guy had a need and in so doing pushed Tim to confession and from there he helped Tim to get moved within that First Big Gay Prison, full of perverts and sex-offenders. Tim was transferred onto our Wing. Stephen bought Tim up to my cell. Here we would cut off his hair. Tim’s hair was long and greasy, not an attractive look for a gay guy but he had been ordered to grow it long “like a girl”. Ordered by his cell-mate; an aggressive dom-daddy who bullied and beat Tim and raped him each night. Tim sat in a chair facing the door of my cell as I took the clippers and cut off his hair. Thank God for a barbering course done years before.

Tim’s tale is not one on which I wish to dwell. I do no exaggerate the tortures he experienced, serving as a Prison-Bitch – his sexuality used to serve the wishes of another man. His body kept shaved and hairless, his weekly money taken and spent as per his master’s orders – only permitted to wear ripped old boxer-shorts and nothing else, for days on end, in a freezing cold March. Over the remaining months Tim came to my cell once every fortnight and had a hair-cut. He shared his story –he shared the worst of what it was like to be gay in the First Big Gay Prison in the UK.

Tim was not the only gay guy who came for a haircut – and like a Catholic Confession the barber hears a lot of dark and terrible secrets. I heard a lot of stories about life as a gay man inside a Big Gay Prison and I still have counselling today to help treat the PTSD which I know started around the time of Sochi Winter Olympics – and which results from my ordeals as a gay guy in Britain’s First Big Gay Prison. And it was just four years ago.