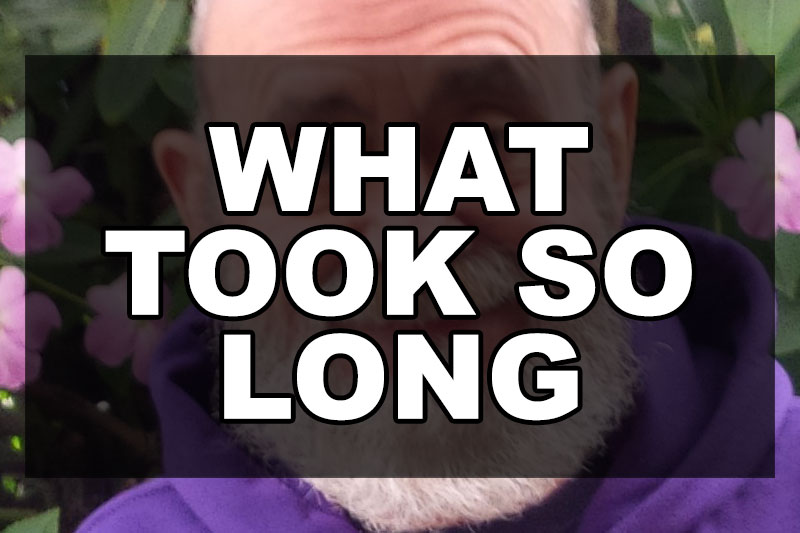 Editor’s Note: The following submission is from Hank Trout. Have an LGBTQ+ related experience or story to share? Having your article published on this site will automatically enrol you into a raffle to win a $50 Amazon Gift Card. Submit an article today via queerdeermedia.com.

And then I stopped writing. For more than thirty years. This is what took so long.

I stopped writing when AIDS hit the community like a hydrogen bomb. The last time I published a piece of smut was, I think, in 1982. I simply could not even force myself to write any more. With dozens of my friends and co-workers and playmates in hospital or in hospice, dying or dead, the act of writing fiction seemed frivolous, almost downright disrespectful. Members of my Tribe were dying all around me from a disease that was sexually transmitted — and I was writing fiction designed to get their dicks hard! And though I never believed that my smut was responsible for other men’s behavior, I did indeed believe that I was wasting my writing talent at a time when the Tribe demanded “all hands on deck” in the fight against AIDS.

At the same time, though, the things that I knew I wanted to write about — the things I must write about — were just too horrible, too painful, too immediate for me to write about them. There was also the matter of time — as a friend recently said to me, when you’re up to your ass in bedpans, it’s difficult to take time to write about being up to your ass in bedpans. Like tens of thousands of us, I threw myself into helping to take care of other men — delivering hot restaurant take-out meals to friends on my lunch hour; grocery shopping for them after work; picking up meds at Kaiser and Walgreens; taking time off work to accompany them to doctors’ appointments; undressing, bathing, and dressing them; cleaning apartments, disinfecting bathrooms; helping to organize and work at fundraisers around the city; walking in San Francisco AIDS Walk several years, dancing at the AIDS Danceathon; memorializing and burying our dead. I get no special credit for any of that — as I said, tens of thousands of us did exactly the same things; many did and gave a lot more. But I did everything I could do.

Except write. For more than thirty years, my writer’s voice remained silent. I honestly believed that the virus had killed it. My own diagnosis with HIV in 1989 slammed the coffin lid on that voice.

Fast forward to early 2015. After years of hearing me bemoan the loss of my writing career, my fiance Rick Greathouse, my partner since 2001, finally convinced me that it was important that I at least TRY to write again, and especially that I try to write about all of those things I couldn’t write about in the 80s and 90s. He convinced me that, despite the pain of writing them, those stories are worth telling, worth sharing, worth preserving. He gave me the strength to exhume my writer’s voice.

The first two things I wrote were sketches of friends whom I lost to the plague — Dean, the art director at Folsom Magazine when I was editor, and Jim (aka Stella), the drinking buddy with whom I terrorized the Earthlings on Polk Street throughout the 1980s. Dean was the first friend I lost; Stella was the last one I counted (number 36, in 1989; then I stopped counting).

It took me 33 years to write the sentence, “Dean died first.”

In March or April 2015, I attended a writers’ workshop for long-term HIV/AIDS survivors. The workshop facilitator challenged us to “write something about living in San Francisco during the 1980s, using a metaphor from Nature.” I immediately thought of a tornado. That workshop (and innumerable tear-filled hours of slaving over the keyboard) produced my long poem about the devastation of the Plague, “Tornado.” I submitted the poem to the Christopher Hewitt Literary Competition sponsored each year by A&U: America’s AIDS Magazine. “Tornado” didn’t win the competition, but the Literary Editor and the Managing Editor at the magazine liked the poem enough to publish it in the January 2016 issue.

And this writer’s voice hasn’t shut up since then — I’ve published in A&U regularly since then, and have recently been named an Editor-at-Large for the magazine.

I still have a lot more bedpans to empty out.