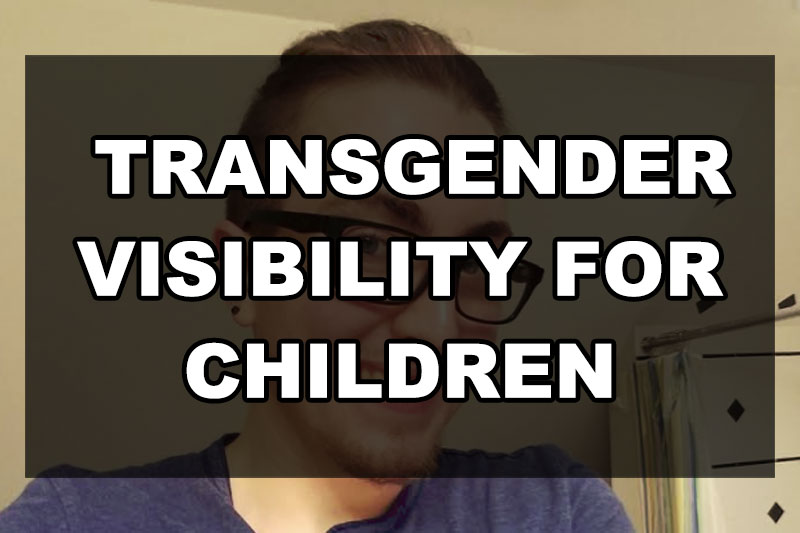 Editor’s Note: The following submission is from Dean Manning. Have an LGBTQ+ related experience or story to share? Having your article published on this site will automatically enrol you into a raffle to win a $50 Amazon Gift Card. Submit an article today via queerdeermedia.com.

[amazon_link asins=’B00GPTVFCM’ template=’ProductAdRight’ store=’ourqueerstories-20′ marketplace=’US’ link_id=’7d208481-ba81-11e7-929b-bfc15eb78c5e’]One of my biggest regrets in life is not finding out transgender people existed until my mid-teens. Growing up, I never heard of transgender as a concept. My parents, my school, and the media were all silent. I was told I was a girl and I accepted that I must be. I ignored the constant feeling of disconnect from my body and how much more I identified with boys than girls because I had no ability to consider that I had any options other than to live with what I was told I was.

Puberty was one of my worst experiences. The disassociation I had from myself skyrocketed. I can attribute the clinical depression I developed in part to the unidentifiable feeling that something was horribly wrong with the way I looked and what my body was doing and a persistent feeling of hopelessness about it.

I only discovered that transgender people existed because I was looking for lgb comics and resources online, as I was also having a difficult time figuring out my sexual orientation. I stumbled upon one piece that included a female-to-male transgender character. It was the first time I had ever heard of it, but immediately I was able to see myself in the character I found and start questioning whether I might be transgender myself. At that point, however, in many ways things were too late. There is the option of puberty blockers to prevent puberty in both female-to-male and male-to-female transgender children, but you have to catch it early. You can’t undo most secondary sex characteristics in a natural way.

It’s been about a decade since I first found out transgender identity existed. I’m at a point with my transition where I’m at peace with the body I have and I can accept living in it. Nonetheless, I still regret that I could have saved myself thousands of dollars, multiple surgeries, and years of pain, suffering, and dysphoria if someone had just told me that transgender people existed when I was small.