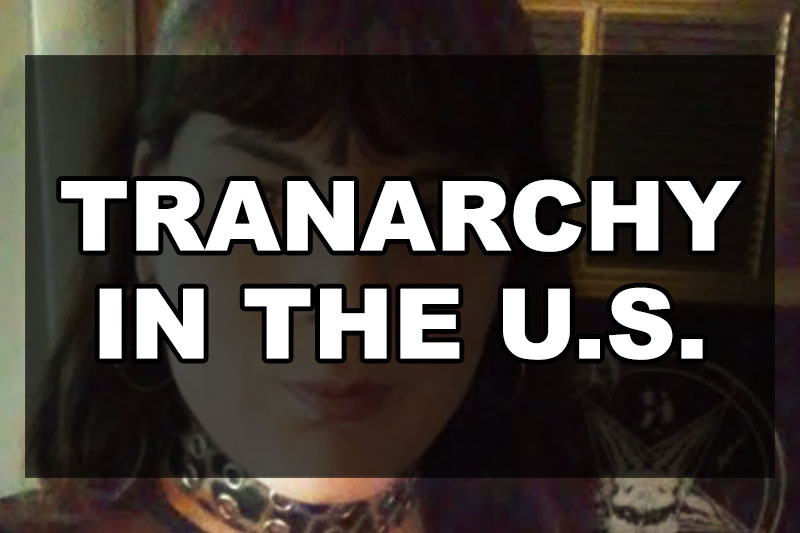 Editor’s Note: The following submission is from Elizabeth Essex. Have an LGBTQ+ related experience or story to share? Having your article published on this site will automatically enrol you into a raffle to win a $50 Amazon Gift Card. Submit an article today via queerdeermedia.com.

So went my proclamation.

The time was late 2003. I was 19. I had been living in my first apartment for less than half a year. I had dark hair to the middle of my back and spikes on my leather biker jacket. I wanted to play bass in a black metal band. A friend of mine knew the only local band to play in that style at the time, and wouldn’t you know it, they needed a bassist.

After inquiring for me, my friend told me: “They’re willing to jam with you, but they don’t want a transexual in the band because they’re trying to be taken seriously.” I was livid. I had CDs by a multitude of bands with thorny logos and black makeup around their eyes. My knowledge of the genre was on par with anyone I’d ever met. And they want to assume without even meeting me that I’m going to drain the legitimacy from them?

So was the general attitude at the time. No one took transgender people seriously then. I would have to find a tribe that was accepting of me.

I had long known I was different from the other kids in the small Arkansas delta town I grew up in. Almost immediately after being cut loose after graduation, I had begun to explore myself in the clumsy fashion that I imagine many other young T-girls without mentors go through. It took many years to get to where I looked decent.

In the mean time, I discovered the joys and freedom of punk rock. It really was a “best of times, worst of times” situation. Punk was much more of an “anything goes” scenario, and a haven to weirdos of all types. Being different was even encouraged.

Not that I didn’t still get some flack here and there. My band I eventually formed (the name of which I will refrain from saying to maintain a PG rating) was playing a house show one night with a young group from the neighboring state. “What, are you David Jo Hansen or something?” they snidely commented, making reference to the singer of the drag-wearing New York Dolls. Later that evening I complimented a member’s Discharge patch. “You listen to Discharge?” he asked incredulously. “Of course I do”, I responded. After our performance, we were all buddies. When next we met they even expressed interest in doing a split record.

All the while, my relationship with my family became more distant. I usually only saw them on Christmas, and would hide my fluctuating gender status from them when I did. I usually drank to deal with it. My father was the main obstacle, as he was the only one in the immediate family that I knew would never accept it.

I attempted to work as a guy for a few years, and only made myself miserable.

Fast forward to December 2014. I got into a car accident driving home late one night when I fell asleep behind the wheel. My car was trashed, and so was I. I had fractured several vertebrae. As I lay in the hospital bed I had plenty of time to think about how unhappy I would have been to die or become paralyzed without ever becoming the person I was. That was the moment I made the decision to get serious. Enough of these expensive herbal supplements I took in an attempt to augment myself. I needed a doctor and the medicine they could give me.

Serendipitously, the evening I got into the accident I met a trans man that gave me the contact information for the therapist that helped him get hormone replacement therapy. I set the wheels in motion not long after I recovered from my injuries.
I was worried about talking to my mother about it. She jumped the gun in a phone conversation and told me she knew about me. The real me. I was quietly joyous. Within a year I had finally gotten my gender marker and name legally changed. It was about time. All my friends had been calling me ‘Liz’ for over a decade.

I’ve had a lot of ups and downs, and still do. I don’t know if I can say anything is easier, but I can do it all with pride and the comfort of being in a skin that’s reflective of my own internal feelings.

Currently, I have my own place again, and am on the cusp of forming a new band. A heavy band. A devastating force that I will hold the reins of.

I’m still more metal than any of those guys.