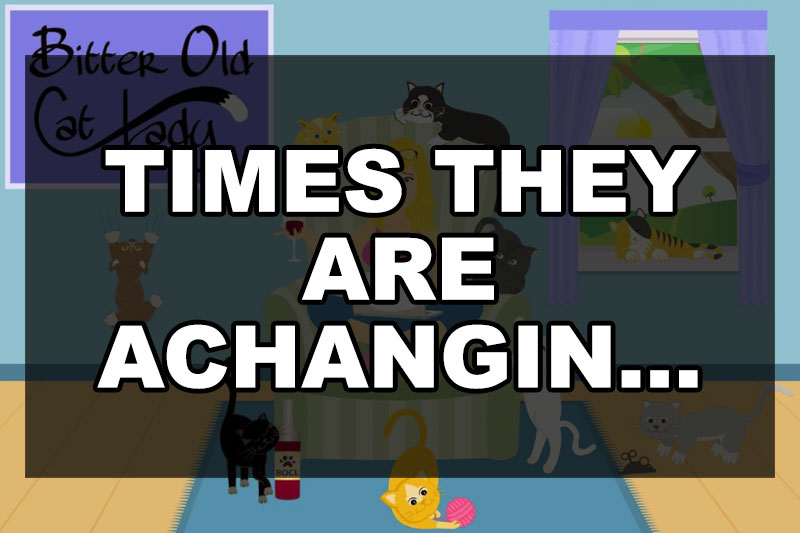 Editor’s Note: The following submission is from Bitter old cat lady. Have an LGBTQ+ related experience or story to share? Having your article published on this site will automatically enrol you into a raffle to win a $50 Amazon Gift Card. Submit an article today via queerdeermedia.com.

When I was 10 my mother asked me why I thought Uncle Billy always brought guys and never a girlfriend with him for birthday celebrations and holidays. Of course I had no answer, I was a kid and it never entered my mind to ask why. All I knew was he was my favorite uncle, he was crazy and fun and would tell our mother every time he came to visit that he had to go pick up a gallon of milk and then he would let us drive the car to the market to pick it up. At the time I had a crush on a boy named Bobby. She told me to close my eyes and think about liking Bobby. She asked me if I knew what the word “queer” meant. I told her I thought it meant different. She said yes and told me I should pretend that the world was different and girls were with girls and boys were with boys. When I asked her how babies could be born she said I should pretend the babies came from a cabbage patch. (this was during the Cabbage Patch doll craze) she wanted me to try and imagine people yelling queer at me and not hiring me for a job, ignoring me and sometimes beating me up and spitting on me, telling me that God hated me and not being able to hold Bobby’s hand in public. That sounded pretty awful to me. She told me that’s how it is for Uncle Billy. She said Uncle Billy likes boys and that he was treated so badly growing up and he had to pretend to like girls even though he really didn’t. She said another word another word used was “gay”, which made me laugh because I thought that meant happy. She said an ugly word that he was called was “faggot” and that people said it in a mean way and so I should never use it. I asked her if my grandpa knew that Uncle Billy was gay and she said yes and he wasn’t very happy about it but that he loved Uncle Billy and that was all that mattered. Then she outed my pediatrician and all the other doctors in the office he worked at as being gay men. She asked me if I feel differently about them and of course I said no not at all. She laid a wonderful foundation for me which was needed when I realized in high school my sister was also gay. Even though we were brought up knowing there was nothing wrong with Uncle Billy or Dr. Douglas, my sister didn’t tell our mother until the day she moved into an apartment with five gorgeous guys. Three of them were hairdressers and going to her house to hang out by the pool and get my hair and makeup done counted as one of my favorite things to do on the weekends. Right after that HIV and AIDS made the cover of Time magazine. I remember the news calling it a homosexual disease, which I didn’t quite understand because we didn’t use the word homosexual at our house. Dr. Douglas got it. We weren’t allowed to visit him in the hospital, they had him in an isolation ward and no one was allowed to touch him which made me cry. He taking care of me for over 15 years and he was a part of our family. Knowing that he was laying alone in that bed with no one to hold his hand broke my heart. When he died his parents came and took his body and cremated it. There was no funeral. They told our mother they were ashamed. All of the other doctors got it and they all died one by one. When my sister got older I got to pretend to be her date at gay bars. I lost friends when I asked if they wanted to go with us. I was young and they made me feel ashamed and embarrassed. My friends began asking me if I was gay and did I kiss girls?
What exactly did we do?

We danced and we laughed and we drank. I was never disrespected in a gay bar, but when I would go out with my straight friends to bars it was a completely different story. The first time I was called a fag hag it was said in a loving affectionate way by one my sister’s roommates as he fixed my hair before we all went out. As I got older I stopped going to gay bars, I married, I had children, I divorced. I graduated to partyin my ass off with friends at Gay Pride. Had my first (and last) kiss with a drunken gay girlfriend at Pride, something we laugh about now. When my 13 year old daughter came home from school crying that the boys are callin her “lezbo” for kickin their asses at basketball I told her “You just be who you’re supposed to be, and if you’re a lesbian, you be the best damned lesbian ever”. One of her friends is transgender and after a pool party at our house she asked to use my make up up and curling iron. Thirteen kids and not one of them blinked an eye. No name calling, no fighting, no ugliness, just kids being comfortable and confident enough to be who they are supposed to be. Yes, I’m straight, but I recognize that I have a voice and so do those 14 kids who were more mature and accepting than so many adults are. As a woman, a human being, I will do everything I can to always support Lesbian, Bisexual, Gay, Trans*/Transgender, Intersex, Asexual, Pansexual, Polysexual, 2 Spirit, Agender, Gender Queer. Because we are all human beings and we all deserve to be treated with love and respect. It’s so simple.