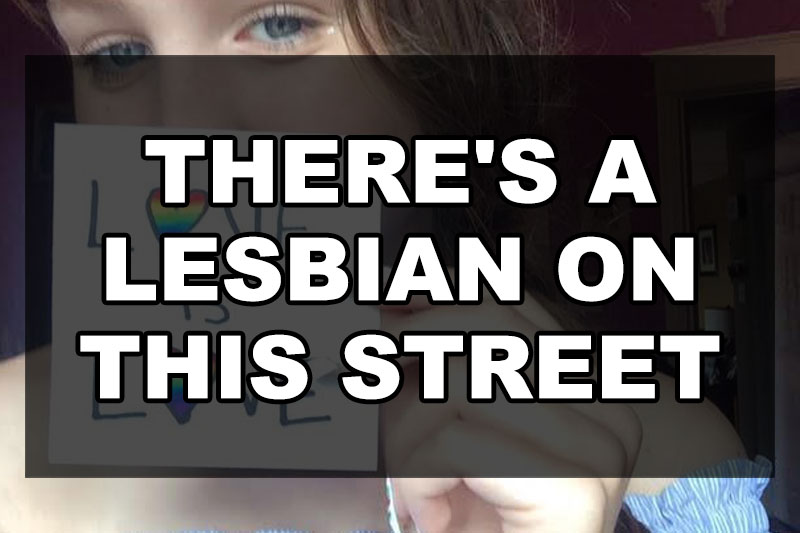 Editor’s Note: The following submission is from Emily Everson. Have an LGBTQ+ related experience or story to share? Having your article published on this site will automatically enrol you into a raffle to win a $50 Amazon Gift Card. Submit an article today via queerdeermedia.com.

[amazon_link asins=’B00WJM9T68′ template=’ProductAdRight’ store=’ourqueerstories-20′ marketplace=’US’ link_id=’277c783f-9d81-11e7-a630-cd30f7c1c6d7′]So about two months ago, I came out as a lesbian. Publicly. On social media. So naturally, everybody knows. Even people who don’t know me know I’m gay. Before coming out, the only repercussions I thought of occurring were to myself. I never thought me coming out would really effect the other people in my life. I was apparently, very wrong.

The first thing I noticed is that after I came out, my best friend always wanted to clarify to everyone that we weren’t a couple. Which I get, but it was still annoying. The thing that really bothered me though, was that people started saying things to my little sister.

My sister is only 12 years old, and while she was on the bus on the way home from school, she experienced more homophobia towards me then I ever have in person. As the bus started driving down my road, one of the boys called out “ew! A lesbian lives on this street!” My sister knew right away they were talking about me. The boy continued, “I can’t remember her name but I know she lives around here somewhere. Gross that’s pretty close to me.” My sister was still silent, but told me was trying to hold herself back from started a fight. Finally, the bus pulled up at my house and the boy went “hey!! That’s the lesbians house!” So as my sister was walking off the bus she looked at him and said “yeah, that’s my sister” it was a Friday, so she has to wait all weekend to see how this guy will react, and she won’t admit it, but she’s scared. And I feel absolutely awful. I never ever wanted my sister to go through anything like that, because of me. So I guess the message here is, talk to your kids and younger siblings and tell them it’s not okay to redicule people for their sexuality. And, homophobia effects so many more people then just LGBT+ people.

So when my sister told me this story for the first time, I was really mad. I couldn’t believe someone would say that really. But I’ve realized that the kid probably just didn’t know any better. He probably hadn’t really known anyone who was publicly anything but cis and straight. So although it was an awful thing for him to say, I don’t really blame him. When my sister was talking to him the next time, she explained how rude he was being and how my sexuality doesn’t mean I’m any different. I’m hoping by reacting like this, my sister and I could have had at least some kind of an affect on how the boy felt about being homophobic. I’m proud of my sister for reacting calmly, in a way that still got her point across. Getting mad and causing a fuss wouldn’t have made anything better.