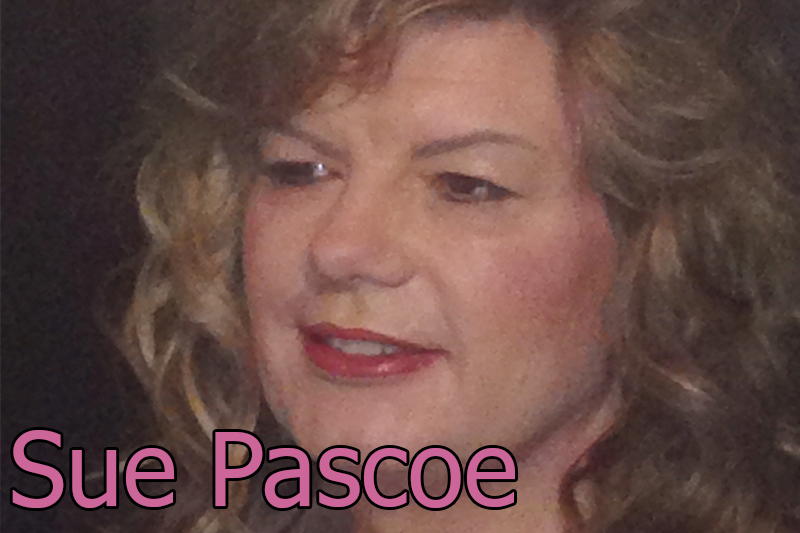 Editor’s Note: The following submission is from Sue Pascoe. Have an LGBTQ+ related experience or story to share? Having your article published on this site will automatically enrol you into a raffle to win a $50 Amazon Gift Card. Submit an article today via queerdeermedia.com.

[amazon_link asins=’B06WD8LMF3′ template=’ProductAdRight’ store=’ourqueerstories-20′ marketplace=’US’ link_id=’25ae210b-8cd9-11e7-a18b-6b9f4eb70ec4′]As a successful businessman living on a farm in North Yorkshire with his wife and two children, life for Graham Pascoe appeared to be rosy.

But despite the trappings of his success, the 55-year-old had a secret he carried around with him every waking moment – inside he felt he was a woman.

Graham – who now goes by the name of Sue – was diagnosed with gender dysphoria in August 2014.

Sue feared she would lose everything by transitioning, but the need to become a woman was all-encompassing.

As a result, she was left devastated when doctors told her she would potentially have to wait up to four and a half years to have gender correction surgery on the NHS.

She said: “If I had had to wait that long I would have been dead, and that’s not just me being dramatic. To save my own life, I had to become Sue.”

Sue underwent breast augmentation surgery, as well as botox and stem cell injections, and also embarked on a course of advanced hormone treatments before leaving to return to the UK.

She subsequently returned to Dr Kaushik’s clinic in March 2015 for full gender correction surgery, as well as a range of facial surgery including cheek and chin implants, a nose job, a mini face lift and liposuction under her chin.

In total Sue spent £9,000 on surgery – although she estimates the bill could have been more than £40,000 if she had had the work done privately in the UK.

Sue was reborn as a woman on March 8 – International Women’s Day – and while she is still recovering from the invasive surgeries, she has no doubt that she has made the right decision.

Sue said: “Suddenly all the last vestiges of being my male self were gone and I was who I truly am inside and it is hard to express in words just what a feeling of joy and peacefulness that is.”

“I’ve acted my personality for 54 years – it’s a long time to be in the acting profession without an Equity card.”

“When I made my decision to become Sue I thought I would lose my family, I’d lose my farm, I’d lose my business, that people would ostracise me and not want to do business with me anymore, that I would have to leave the country to get the operation done and then go live somewhere else with a new life.

“That is the basis on which I made my decision and it just hasn’t been like that.”

“Despite my wife and I divorcing, my sons have been very supportive, as have the majority of my friends and the people I meet.”

Sue is now planning to set up a charity called Gender Care UK to help other transgender people get the medical support they need and educate others on what it means to be Trans.

“I’d also like to create a sanctuary and safe place for people who are Trans where they can get away from the pressures of normal life and be themselves.”

“There are plenty of charities out there that can give information and it is great to do that, but words are only words, the ability to actually donate money to people in need, to be able to go and accelerate their change, I can’t think of anything in my life I would rather do right now.”

And while Sue and her wife are currently divorcing, Sue says she would like to meet a new partner in the future.

“I would love to have a long term relationship with a loving partner who I would regard as my friend and soulmate, yes I would, but wouldn’t everybody?” she said.

“It’s funny, I’m 55, I am very hormonal, I am going through puberty again which means that I am just getting to my teenage girl years – so watch out world.”

I recognise the silence of living in the internal prison of a man’s body and a man’s way of life just to conform with family, friends and society’s view of how a “boy and man” should behave.

For 54 years I screamed out from my internal prison “I’m Sue I’m here, love me, care for me, be with me, but nobody listened, nobody heard because I had locked myself away inside myself.

I had my birthgirlday on 8 March 2015. At last I am complete, at peace with myself and my silence is broken. Today I present to the world and everyone around me as Sue in every moment of my life.

My silence is over I have come so far. I will be the best woman I can possibly be.

I’m 55 now I am very hormonal, i’m going through puberty again. I am just reaching my teenage girl years. World watch out.

My silence is over. I can make a difference in the world by being true to myself, authentic to others and sharing fun, friendship, laughter and love.