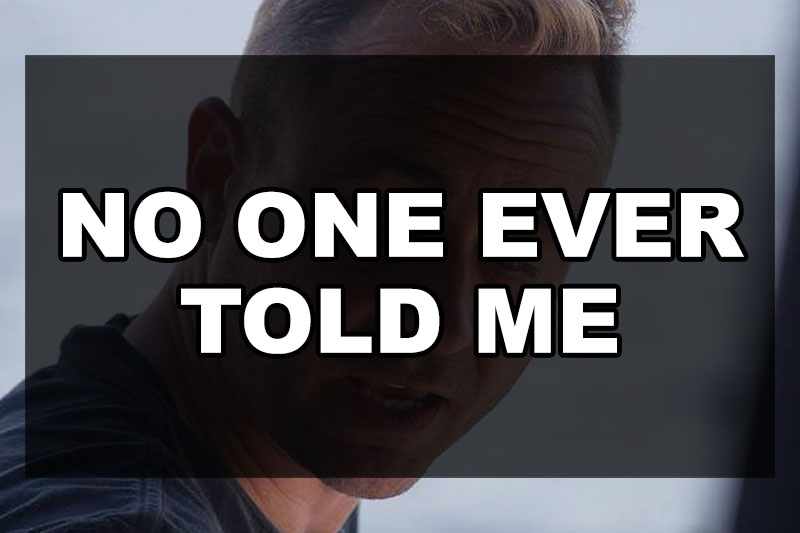 Editor’s Note: The following submission is from Raymond Helkio. Have an LGBTQ+ related experience or story to share? Having your article published on this site will automatically enrol you into a raffle to win a $50 Amazon Gift Card. Submit an article today via queerdeermedia.com.

[amazon_link asins=’B01N9UUZYW’ template=’ProductAdRight’ store=’ourqueerstories-20′ marketplace=’US’ link_id=’156d300f-8ca1-11e7-899e-2b0011e7a58f’]All the way through grade school and most of high school, I was picked on. Back then no one ever spoke of ‘bullies’, no supports of any tangible kind. No anti-bullying campaigns, GSA’s or teachers looking out for students. In fact, many teachers perpetuated the bullying by either supporting it or ignoring it altogether. And because no one ever told me these boys were bullies I thought it was my fault.

…
It was a beautiful snowy winter day and for once I was excited to get to school because our class pictures would be ready. My mom gave me twelve dollars in rolled up quarters to buy the ‘Bonus Pack’ which was the full monty of pictures. There was one level higher but really, who needs doubles of every shot? Despite not having much money, she spent a small fortune on these pictures because she had already collected years one through three plus junior kindergarten. The entire set was handsomely mounted into a blue faux-marble three ring photo album, each page protected by a clingy clear sheet of plastic.

It was exciting to pick them up and if there was just one good picture in the row of single shots then that would mean there would also be a larger version of it, maybe even good enough for a frame. When the teacher handed me my packet, I ran back to me seat, opened the flap, and pulled one out. BINGO! Three out of the four were not only okay, they looked great! The first one however, you couldn’t avoid my hideous cow-lick. I wanted to clip that picture off and burn it right then and there but I’m certain my mom would notice one missing.

…
It seemed like a longer than usual day but I looked up at the clock and it was 3:20 pm! My heart was pounding, I could hardly wait for the bell so I could run home and show my mom how good the pictures came out. I bundled up in my snow suit, put on my hat with the green neon pom-pom ball, grabbed my over-stuffed knapsack and headed for home. I didn’t want to risk bending these in my bag so I held them in front of me with both hands and mittens on ensuring that even if I slipped in the snow I could hold them up and out of harms way.

With the school still in sight, I could see Bobby and his two idiot friends up ahead. Bobby had been picking on me since I got to this school, mostly taunting but since he was in my class it seemed like I was always avoiding him. Most of the time being at this school was like being completely invisible but every few days Bobby would connect eyes with me and remind me of his contempt for who I was. But who the hell was I?

One time he demanded I give him some of my lunch money but when I told him my mother packed my lunch he punched me in the stomach. I was wearing a puffy snowsuit when it happened so it didn’t hurt much but it had knocked the wind out of me and because the morning bell was ringing the yard was full of kids, spectators to my tears.

Bobby had already seen me as he turned and gave his friends a playful punch, gesturing in my direction. All three started pushing their way through the snow and I just stood there frozen, wondering how I could hide these pictures before they see them. With his buddies flanking his sides, he steps forward looming over me. He’s so close I can feel the heat radiating from his jacket, it smells like pencil shavings and vinegar. I’m stuck and I have no idea what to do so I drop to my knees and hold my pictures close to my body, hiding them as best I can with my big mittens. If he thinks I have nothing of value he’ll most likely let just try and embarrass me, then he’ll go away.

“Put them down.” Bobby demands, grabbing at my elbows. I am frozen and all I can do is stare down at the snow, holding my arms as still as possible. “Put them down!” he snaps. I jump in my skin. His hand smacks the side of my head, he turns around and grabs the boy to his left and says “Sissy probably pissed his pants.”. I watch them shuffle away through the snow and I stay on my knees until they are completely out of sight before I stand up. I look down to see a large dark stain around my crotch going all the way down both legs. The steam is rising and I suddenly feel dark. And sick. Did they know?! If they did, tomorrow is going to be real hell. Taking off my mittens, I open the flap and pull out the pictures. They are dry but I hate these pictures now. All of them.

No one ever told me what a bully was so I just assumed that they saw something, that I couldn’t. I hated myself more than those boys hated me. And with that thought settled, I set my pictures on the yellow snow and went home.