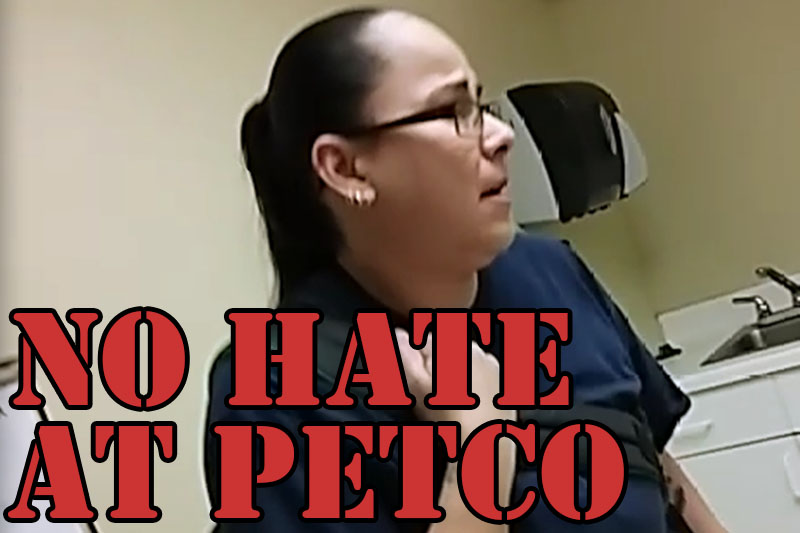 Editor’s Note: The following submission is from Candice Rogers. Have an LGBTQ+ related experience or story to share? Having your article published on this site will automatically enrol you into a raffle to win a $50 Amazon Gift Card. Submit an article today via queerdeermedia.com.

*Please note that some names have been changed so as to protect the individual’s privacy.

[amazon_link asins=’B071P7WHQM’ template=’ProductAdRight’ store=’ourqueerstories-20′ marketplace=’US’ link_id=’dfc0741b-8caa-11e7-b077-d3cbd5ef2d20′]Upon working at the Petco located in Austin, TX for almost three years, I began to notice a pattern. It started with way the General Manager, Jason, operated promotions for employees. The GM would over look certain employees and automatically appoint other employees. The employees this GM would ignore would either be female, of color, or LGBT. I figured maybe I was just being too analytic, too judgmental- that was until I saw it happen to me, and in regards to LGBT, I saw it happen to three co-workers of mine.

One co-worker by the name of Kevin arrived at Petco in the early year of 2015. He was a social man, with a good work ethic. There wasn’t a time he ever arrived late without calling first, he wasn’t ever a no call, no show. But the GM would constantly pick on this man. He would hackle him, harass him, constantly put him down and say demeaning things to him, and I noticed this happened around the time he over heard a conversation between him and I where Kevin mentioned an ex-boyfriend he once had. I kept trying to persuade Kevin to send in a complaint through human resources and this was when another co-worker by the name of Lisa stepped in. She went on to say, ‘numerous people have already sent in complaints to HR about him-but they refuse to do anything about it. They just figure the people will quit and move on.’ And that’s exactly what happened. Kevin, tired of being ridiculed, and harassed on a daily basis quit in the month of November, 2015. Jason, the GM, would brag to the employees about how Kevin quit because he had too many points-which was absolutely not the case.

In the month of March of 2016, Petco hired a new male by the name of Jussie who was openly gay and with a husband. He spoke proudly of his marriage to the employees he got along with, and Jason would say rude, and disrespectful things to him. And then out of no where, I was notified via Jussie he was fired. The store changed his schedule without telling him which they often do, as a result, he didn’t show up to work. He appeared the next day and the assistant manager, Donnie, asked him what he was doing there. Jussie told him he was there to work, of course. At that moment, Donnie fired him. I would see the GM, and Asst. Manager cover up the situation. They told employees Jussie quit because he had too many points.

Petco operates under the point system; however, the GM and Assit. Manager only use the point system on certain employees who are female, of color, or LGBT. All the straight white males who have horrible work ethic, who don’t wear their uniform, who call in, who show up late, who just don’t appear-are treated like Gods. I had enough and I started to record and film certain situations I knew were discriminatory. I began uploading them to my Google drive to save them. However one day I got caught when I witnessed, recorded, and filmed Lisa’s termination!

Lisa worked as an openly gay woman and have been married to her wife for over 10 years. Upon being transferred to the Petco in Austin, Texas from California, she was promoted to Dog and Cat Department Manager under the old General Manager, Carl, and assistant manager, Ariel. However things soon took a turn.

In the year 2012, the GM left our store for another and he was replaced by a man named Jason-who is currently the GM now. This man’s traits were beginning to surface; not only did he neglect the animals and not put them first like the Petco slogan, he treated certain employees like crap. These employees whom he mistreated and refused to promote, as mentioned before, were women, people of color, and those who identified themselves as LGBT. It didn’t take long for the employees to drop off due to the harassment they received on a daily basis. All the women either had to quit or be transferred so as to move up, the men of color had to do the same, and those who were of LGBT were often fired, or quit.

In the end of the year 2015, three women, including I and Lisa, were refused promotions three times( one for each of us). Each of us have been at the store for a certain number years, good attendance/if not excusable attendance, and good work ethic. We were all past over for white males who were at the store less time than we were, had tardiness/absences, and with poor work ethic.

Later this year in April 15th, the GM, Jason confronted Lisa in front of me and told her she was to be terminated due to her having 11 points. Although Petco policy states 12 points for an employee to be let go. She never received any suspension, or verbal warning(which happens at 4 and 7 points). This was quite suspicious that now ALL three LGBT employees were ALL gone. Because of what has happened, Lisa was now out of a job and due to the high cost of living in Austin, her, her wife, and three kids, were looking to move to Arizona. A gofundme page was placed up for friends and family who seek to help.
I too am seeing retaliation on myself. I noticed my hours have been dropped significantly compared to the both experienced and new employees; however some good has come from it. For example, an independent company, Ani-Flix Studios, whom I assist on projects offered distribution so as to make a documentary of this situation. And that’s exactly what I plan to do. Friends and family of Lisa are trying to organize a boycott of the store, and a few other past employees are seeking legal counsel. Petco, how many women, how many men, how many people of color, how many LGBT people must file a complaint, bring forth lawsuits, go to the media so as you can get the picture?