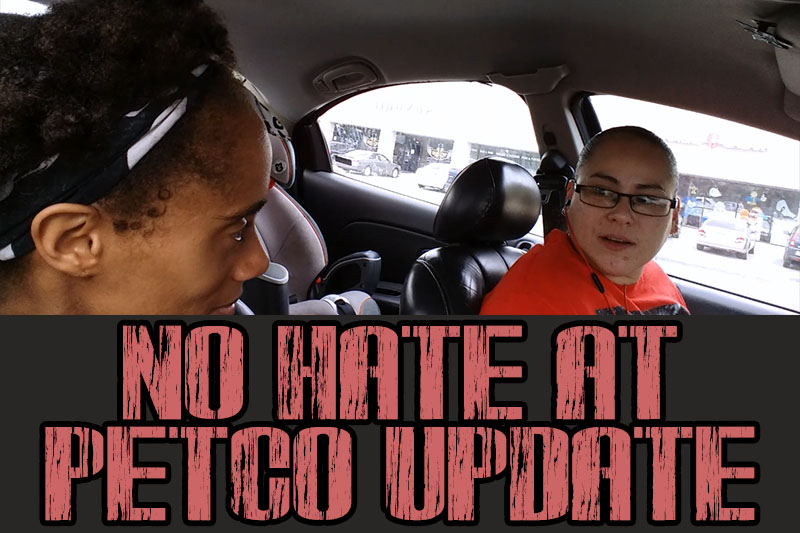 Editor’s Note: The following submission is from Candice Rogers. Have an LGBTQ+ related experience or story to share? Having your article published on this site will automatically enrol you into a raffle to win a $50 Amazon Gift Card. Submit an article today via queerdeermedia.com.

[amazon_link asins=’B0733P7MKF’ template=’ProductAdRight’ store=’ourqueerstories-20′ marketplace=’US’ link_id=’c5780fcb-8cad-11e7-9da6-7987b637a1c8′]Just a couple of months ago, it was reported Petco was discriminating against employees who were LGBT. One of the employees was Lisa Gonzalez; although things have gotten better for Gonzalez, things are still the same for Petco.

Around the month of October, Gonzalez was able to obtain an lawyer to help with her claim for discrimination. It was an EEOC claim which lasted for almost an year. In the month of August, Gonzalez was sent an letter and an email sadly telling her the lawyer would no longer be able to go on further with her case. The lawyer didn’t feel like they had a chance of winning even though there was numerous evident proof to support her claim. There’s video footage, and even audio footage, these different mediums not only showed the store manager harassing LGBT employees, but it even recorded  the store manager admitting he treats straight white males better than other employees.

Gonzalez would later respond, “I kind of feel like I was set up. That Petco paid the lawyer behind our backs. It’s an cover up, and this man (store manager) is going to continue to discriminate.”

Gonzalez had every reason to believe it was an cover up because the lawyer was actually recommended to her via an friend who was defense attorney. After losing the ability to sue, Gonzalez went to Candice Rogers, who also was apart of the case, and together they decided to do what they can to show the country that discrimination still goes on.

Rogers began putting together her notes, and started to produce an documentary, The Cover Up. The project has interviews with people who’ve been affected by the discrimination; they also talk to people who believe the animals of the store are also suffering because of lack of judgement.

Gonzalez, and Rogers cared deeply for the animals at the Petco store which was the main reason why they dealt with so much; however, upon leaving because of the abuse, they saw evidence of animals being mistreated, and ignored since their departure. Not only did the store manager discriminate, and ran good employees away due to bigoted beliefs, he put the welfare of the animals in danger as a result. The employees who left were the ones who put in all their love, and time into making sure the animals were healthy, and well maintained. Without those employees, the animals were documented to be doing poorly within the store.

What’s worst customers began seeing a difference. There are Yelp, and Google reviews talking about the poor health conditions of the animals. Some of the reviews even mention beloved employees no longer being there, and management being all white males.

Regardless, although same sex marriage has been allowed in all 50 states, this and many other incidents are just a reminder that many LGBT people are still suffering from discrimination, and their cries for help are still going on deaf ears.