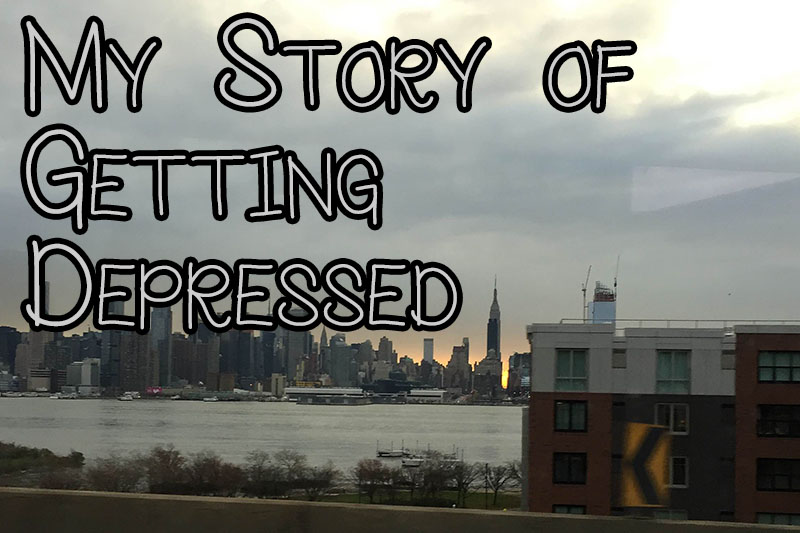 Editor’s Note: The following submission is from Esmeralda. Have an LGBTQ+ related experience or story to share? Having your article published on this site will automatically enrol you into a raffle to win a $50 Amazon Gift Card. Submit an article today via queerdeermedia.com.

[amazon_link asins=’B073RJ9H5R’ template=’ProductAdRight’ store=’ourqueerstories-20′ marketplace=’US’ link_id=’691d7b6e-8cad-11e7-b61f-278d86391afc’]I’ve recently discovered that I’m gay, you know like the usual thing that happens during high school when you figure out the person that you and figure out what to do for the rest of your life. Well, mind didn’t really go ask I wanted to. Even till know I keep things to myself, especially about being gay I keep that away from my family(Only those who I trust I tell). I just happened to have those parents who don’t agree with their child being gay and say it’s wrong, it’s not right, it shouldn’t be that way. Well, guess what? Not everything is going to go your way is it! I just got gone with getting out of being depressed around the time of Thanksgiving, a little bit passed it actually. My mom got me depressed, making me hate the way I am because she called me, “stupid, gross, and weak-minded” just because I told her I like girls(and yes, I still do. LOUD AND PROUD!). She had told me this over texting when we got into fighting, I was on the bus crying while I was away from home because it was championships for Marching Season up in Fresno. To be honest, I didn’t even want to go home, but I had no other choice. When I came back home, me, my and my mom had this big conversation about it a day before we had to go leave for New York(to go perform in the Macy’s ThanksGiving Day Parade Nogales Nobel Regiment 2015). It got into a lot of things, saying how it was wrong, it’s not ever, blah blah blah and all the reasons a parent could come up with their son/daughter not being gay. The one thing I remember the most is that my mom had said, “I’d rather see my own daughter doing drugs than be gay.” I mean, shouldn’t be the other way around? Doing drugs is bad!, yet people do it anyway.

I didn’t get to perform because I was to weak, I had fallen asleep on the bus and I woke up to get ready and my stomach started so much that I started crying. Someone said I had passed out, I didn’t. I had to stay on the bus the entire time while all my friends went to go perform and show off all their hard work while I got to stay back in a bus to get better, or at least try to. I was taken care of by one of the dads who had gone with in the trip, he had to look after me to make sure I was doing okay. I didn’t really do much, I just sat there and waited, used my phone, had some Ginger-Ale and dried pretzel chips. I had knocked out for a bit, but it felt like a really long time when it was only for about an hour. If I could go back and do it again, I would have performed with everybody else like I was suppose to.

After coming home from New York, I had gotten worse, I was getting really dizzy, part of the reason because the airplane coming back had a lot of turbulence and that just made my problem even worse. School was hard because I had to go to the nurse a lot, I was gone three days out of the week and one day I had to go home early because i was really dizzy. I was able to go to the hospital, didn’t really do much good because the doctor had suggested to my mom for me to go talk to a consular and she kept saying “no” and shaking her head. More like she wanted to ignore my problem than to help it. My mom told me that she’ll accept who I am, but not the situation. But now does that make any sense at all? It doesn’t to me.

I would get really dizzy, always tired, kind of slept a lot. Didn’t really eat much, so I lost like 20 pounds which made me 85 lbs and I was under weight now. I’m still trying to get back how I was before I got depressed. You cent just ignore the problem and except it go away. It literally can come back if it wasn’t dealt with the first time bedside I very recently gotten depressed again. Not as bad as the first time, but still. I still get dizzy, I let my stomach keep rumbling when I’m hungry. My mood changes and I’m always tired. But now, I’m getting the help I actually needed the first time around.

When it first started, I literally only had two people who supported me. My big sister and my big brother (who’s actually my sister’s boyfriend, but I’m really attached to him so I see him as a brother). Nobody else liked it because my mom, KNOWING HER, decided to go off and tell everyday else. 😒, whatever, she was wrong and still is about everything she said. I’m happy with the way I am, and I’ll be the one to tell her that you were wrong tie entire time so In your face!