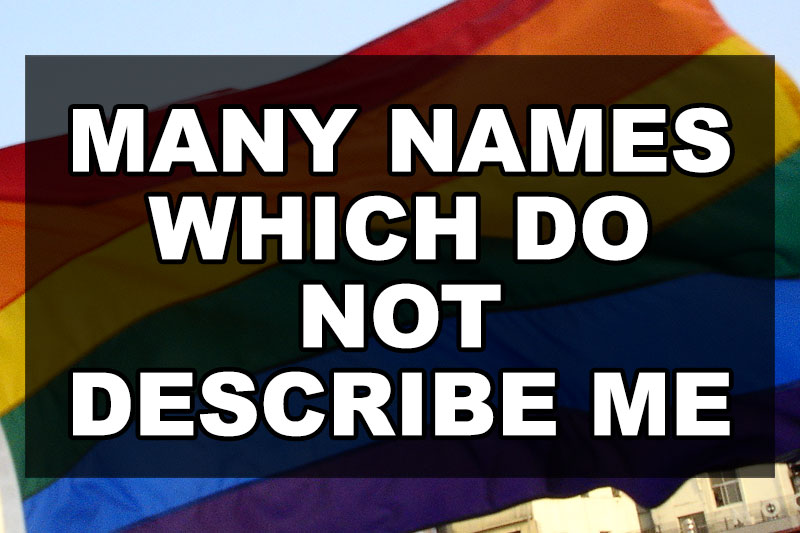 Editor’s Note: The following submission is from Solomon Alexandera. Have an LGBTQ+ related experience or story to share? Having your article published on this site will automatically enrol you into a raffle to win a $50 Amazon Gift Card. Submit an article today via queerdeermedia.com.

“Gay.” I can remember this term used to be something that rolled off my tongue as a kid, that’s before I understood what attraction was. A time that anything which seemed convenient to call gay would be announced as it. In year 5, the year before high school, I found this group of guys attractive for the first time. I didn’t place much significance on it at the time. Basically, for me primitive understanding of lust mixed with the innocence of just turning a teenager made me just get off over guys and think absolutely nothing about it – well nothing more than the task of satisfying sexual urges while fantasising about what allowed me to reach a state of gratification. Gay still didn’t mean anything more than something used to slag things off, I didn’t know it described me.

Year 7. A guy called something, blonde, blue eyes and in my eyes perfect. For some reason I felt an urge to be with somebody. I think it was the desire to explore my lusts with some sort of emerging romantic nature involved. Anyway, the guys in the football team so I decided to join it for two reasons. Firstly, because I wanted to be seen to do something my crush liked and secondly to get the chance to tell him how I felt. “Young Footballer” is the first name assigned to me, though, it really didn’t describe a guy who has no interest in the sport and has all focus set on getting with one of the players. So, after joining the team I got a chance in the school toilets of all places to blurt out my first “romantic proposal.” It wasn’t very eloquent and consisted of something like “I like you… a lot.”

Anyway, I went into the school hall the next day during a lunch break. The crush in question sat between some other lads. One decided to blurt out “stop looking at me gay boy, I don’t want to have sex with you!” It appeared that my first romantic advance had not only ended in rejection – but utter humiliation. I felt like I was being accused of being a slut at the same time as being degraded for asking someone out that I liked. This is the second name, “gay boy” which didn’t describe me. I didn’t want to be a “gay boy” – just a guy with the freedom to ask another guy out and be rejected without the additional humiliation. A guy who could still play sports without the changing rooms erupting with “are you looking at my cock.”

In the end that guy I had a crush on in year 7 decided to blow some other guy off in year 10. The whole school found out and basically everybody disowned him. This is when the now outcast ex-crush decided to approach me and say something like “you are gay, can we talk about it?” This is the third name which does not describe me – gay. While I felt a connection with the guy in terms of sexual orientation… what I get a hard on over… that is where the similarities stopped. I am not the type of guy that would humiliate others nor the extensive list of other aspects which made this other guy who he is.

No names that other people decided to call me really summed up everything I am, my orientation is just that – it doesn’t tell you my interests or anymore about me than what gender I am sexually and romantically attracted towards.