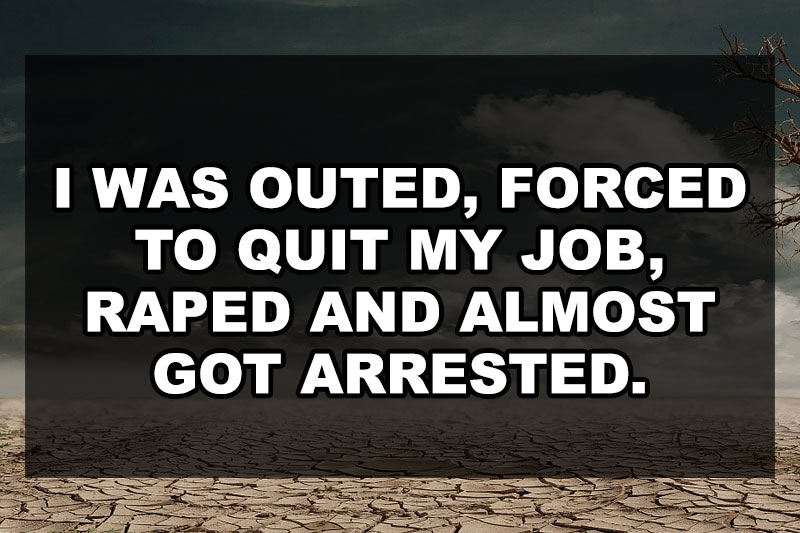 Editor’s Note: The following submission is from Timmy Q. Have an LGBTQ+ related experience or story to share? Having your article published on this site will automatically enrol you into a raffle to win a $50 Amazon Gift Card. Submit an article today via queerdeermedia.com.

[amazon_link asins=’B0734NDM1T’ template=’ProductAdRight’ store=’ourqueerstories-20′ marketplace=’US’ link_id=’7b45a8dd-bf49-11e7-9975-adf2e87ad0bd’]My life in Cairo Egypt was normal, I was in the closet and I didn’t even think about dating, I just had my fantasies and dreams. In 2011 I decided to come out of my shell a little bit, I started wearing what I always wanted, tried to experience my gender fluidity even for few hours every week. I even created a super private instagram account and started celebrating my identity as a homosexual gender fluid with very few people I met online not knowing that my new look will provok my coworkers. One of them, who is a software developer, hacked my Instagram account, took screenshots and sent them to over 250 co-workers, in 24 hours these pictures reached my family’s mobile phones. Hell broke loose and I litteraly lost my friends, my family and my job in less than a day. I received 3 death threats and even my best friend wanted to beat me up. That was my first suicide attempt. I reached out to some people online who helped me pick up the pieces and it took me one year to fix myself and start over, this time I was alone.
I went back under the radar and decided that dating might help, meeting guys like me, even falling in love. So in mid 2012 I became active and met few guys and finally had a glimpse of hope. In June 2013 I was rapped for the first time by a straight guy posing as gay on a dating app. I will never forget what he said, “you are gay, you had it coming”. I heard it again when I was rapped for the second time in August 2014 by 2 guys.
After the second time, I decided to seek legal help, a lawyer told me if I accuse these guys of rape, most likely I will go to jail and they won’t, that was my second suicide attempt.
Now I have no family, no friends and living in fear of getting arrested, getting rapped if I start dating again or beaten up if I try to be myself on the street.
I go to work, come home, eat and sleep, my dreams of having someone by my side, being an activist for human rights, having a family, they all seem rediculous and cartoonish, all because I am attracted to men, all because I look “different”.