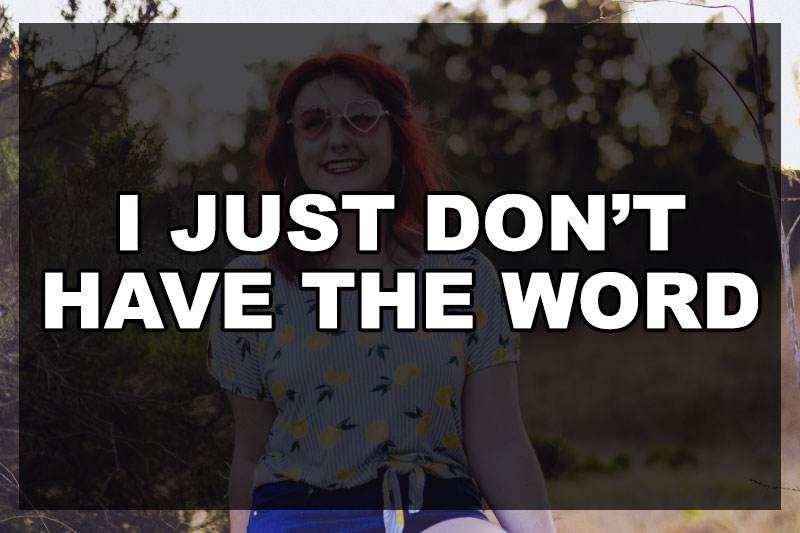 Editor’s Note: The following submission is from Hannah Worlock. Have an LGBTQ+ related experience or story to share? Having your article published on this site will automatically enrol you into a raffle to win a $50 Amazon Gift Card. Submit an article today via queerdeermedia.com.

I have always had exposure to the LGBTQ+ community. I have LGBTQ+ friends and family members, my school does not discriminate against anyone from coming to learn and is openly supportive, and my parents did not shy away from making me aware that people could change their gender or love anyone they chose. However, in my first year of middle school, when I finally began to question if I was entirely straight, I found myself totally alone. My parents as supportive as I knew they would be if I ever came out, were somewhat uninformed and wouldn’t be able to offer me any advice for my confusion. Most of my now LGBTQ+ friends weren’t technically “out” yet either. My school, as supportive as it is, does not offer any specific services for LGBTQ+ students because of its small size. Although they accommodate any student, we did not have a consistent GSA running and we didn’t really have a counselor I could go to either. I felt trapped, I knew I was very lucky and would be supported by my friends and family if I came out, the question was what exactly would I come out as? I couldn’t be gay because I liked boys but I couldn’t be straight because I liked girls. I had no idea what the other letters in LGBTQ+ stood for. I thought it only referred to those groups of people and being only 12, I was extremely uninformed but so were my parents. They supported the LGBTQ+ community but they had no direct experience with it as I wasn’t out yet and neither was my only other gay cousin. I was stuck falling head over heels for both Hermione and Ron every time I watched Harry Potter. I wanted both Darcy and Elizabeth Bennet, Jo March and Teddy. What was I? I would lay awake at night and try and think up the word for what I was, I couldn’t be the only person who felt like this right? I needed closure, everyone else seemed to have a word for who they were, but I couldn’t find mine. Middle school ended up being the most difficult two years of my life. I felt totally alone despite having friends and family I knew would listen, I just felt I couldn’t tell them, what could they possibly tell me? The question “who am I?” sat in the back of my mind for so long, and it scared me. Middle schoolers can be the nastiest people in the world when they feel like it and I learned that the hard way. I was dragged into relationships with boys when I was in the middle of questioning if I even liked boys at all (in reality I just really didn’t like the boys who decided that I was their girlfriend).

In freshman year, I was put in a drama class with all seniors and throughout the year I became especially close with two of them. I looked up to both of them so much, they led me to unintentionally discover exactly who I was. One was a filmmaker and actor, always so well dressed and so talented. He was my first exposure to a guy dressing more “femininely.” The other was an actor and musician, there to answer all my questions and discover that seniors had as much of an idea of who they were as I did. They both helped me crawl my way to the finish line of my first year in high school. I was originally so intimidated by them, they were both so beautiful and seemed to know exactly who they were and what they wanted to do. They understood everything, why I feared certain things like my birthday, sat with me as I talked about losing countless relatives that year and helped me stay strong when family tensions got a bit too high. The closer I got with them, the more I realized that they were identical to me, they were still trying to figure out who they were and what path they were going down and drilled it into me that that was okay, that not knowing was okay. Both were beautiful and confident and strong and made me feel that way. They were the first people to make me feel content with not knowing exactly who I was. They were the ones who first mentioned the word, bisexual, to me, it opened up my whole world. Bisexuality: being sexually attracted not exclusively to people of one particular gender; attracted to both men and women, this was it. I had found a word for me. I kept it to myself until I was confident, this was a word I was proud to have as a part of me. I told friends and family all who told me they were proud and they would always support me although they might not have totally understood. I had the most trouble with some people not believing me. I couldn’t believe that I had finally found so much happiness in who I was and some people could just crush that feeling in an instance. “You’re following a trend,” they told me and that destroyed the feeling I had worked so hard to find. I made a decision that I needed to find that happiness again and the best way to do that was pride.

I went to my first pride parade that summer, I wore my bisexual flag as a cape around my shoulders and cheered with the crowd at the passing drag queens, charities, and sponsors, getting my hands on every free rubber bracelet and sticker thrown at me. I felt so happy, I felt like myself, all these people gathered together to just be themselves, I had never seen anything like it. I cried that night holding my flag, rainbow bracelets, and stickers thinking of the drag queen that had looked me in the eyes from her parade float and told me that I was beautiful. I didn’t cry in sadness, I cried in relief and happiness that I knew who I was. I sat in the dark, I felt like the word had been lifted off me. The GSA was started again my sophomore year and I gladly joined, meeting many of my friends a part of the LGBTQ+ community.
Something began to occur to me again when friends began asking me questions about sexuality and how they had no one to talk to, many of them being unlucky with homophobic parents and having a school with no way to support. So many schools across the United States do not have any support programs for LGBTQ+ students, certain schools kicking out LGBTQ+ students or outright banning GSA programs. This needs to change, I have seen what this lack of resources can do to students who truly need help in figuring out who they are. Something that I would have given anything to hear from someone my freshman year was that it is okay to not know. It is okay to questions or not have a label, it is okay to be confused. This last year I have made a large effort to support this community of students. I am leading the GSA in the process of developing an anonymous questions program for our school, we have also begun fundraising over the years for different programs such as The Trevor Project and The Center, and have started making podcasts with our school’s podcast club to help breakdown stereotypes and inform the school about our LGBTQ+ community. I have gone to several prides over the years each giving me that same feeling of belonging and happiness that I had never felt anywhere else.

I remember a specific moment that gave me so much clarity that this new part of me was okay and my family truly did support me. My dad brought the mail into the kitchen and was complaining about all the junk mail and he held up a receipt letter from The Trevor Project. He asked when we had donated money to them, my mom replied that she had and she looked at me. I had recently told her that I was bisexual on a car ride home from school. “I think we should start donating now,” she said and she kept looking at me. I felt like crying, she was happy for me, she wanted to support me, she wanted to support my community. I can’t describe how happy that made me, how she’d listened, she’d listened and chosen to show me that she was proud. I love her for that. I love this community for bringing me this confidence, that I always had a place there and I would always have people who loved me. I thank that drag queen, I thank my family and those two seniors from freshman year. I want to utilize my place in this beautiful community, I want to bring students the support and give them the resources they need and deserve and one day, I hope every school will join me in having that support for LGBTQ+ students because they should never doubt for even a second that they deserve it.