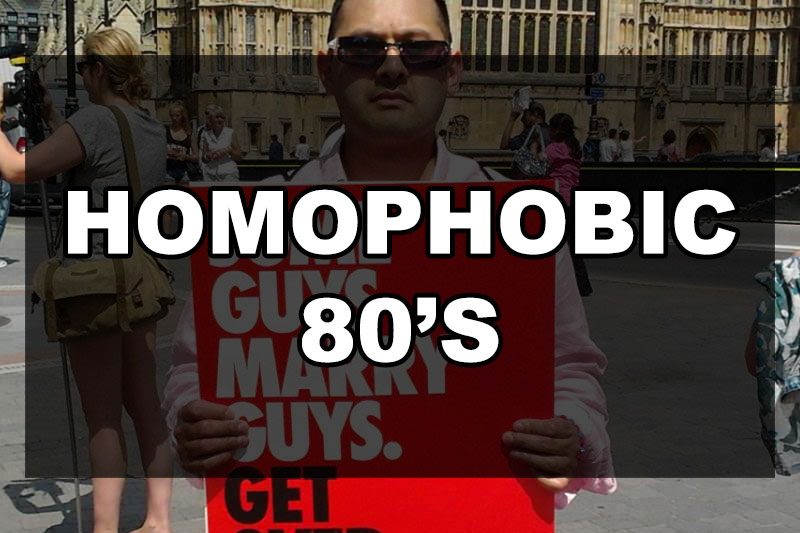 Editor’s Note: The following submission is from Ejel Khan. Have an LGBTQ+ related experience or story to share? Having your article published on this site will automatically enrol you into a raffle to win a $50 Amazon Gift Card. Submit an article today via queerdeermedia.com.

[amazon_link asins=’B071D7MSKM’ template=’ProductAdRight’ store=’ourqueerstories-20′ marketplace=’US’ link_id=’01173fa2-cc9a-11e7-acce-a1dcd6ec7002′]Contemporary life in the UK during the 80’s was homophobic, to say the least. Clause 28 was being implemented with relish and gusto by the then Prime Minister Margaret Thatcher’s government. The clause prohibited any teaching of same-sex relationships, which in turn created a hostile environment at schools and society at large. Homophobic bullying was rife, and my particular school wasn’t immune from it. I flew beneath the radar but sometimes would be accused of being a ‘homo’, just because I stood up against perceived injustice. At the time I was conflicted regarding my sexuality, like a lot of adolescents. However, I have subsequently come out. This wasn’t a viable option then, in the 80’s. School was just a reflection of the prevailing times. A future with equal rights appeared along way in the distance then.

In the 80’s mainstream media portrayed gay people as characatures. The status quo was changing during the late 80’s, my formative years. Insightful documentaries were being made that started to humanise gay people. I could see a positive affect on my fellow classmates during my latter school period. This culminated in a much more freer atmosphere for my lgbti colleagues and I in college in the beginning of the 90’s. Today I’m a bonafide lgbti activist, and can trace my trajectory directly back to my school days. My school experiences gave me an inimitable fighting spirit, which hasn’t diminished with time. In fact, a lot of my generation were politicised, be it against Thatcher or the prevailing homophobia of the times.

In contemporary UK gay people have equal rights according to the law, however, homophobia in schools still exists and needs highlighting and challenging. The age of consent has been equalised for all sexual persuasions for along time now, and same-sex marriages were legalised more recently in the UK. My contemporaries and I couldn’t have envisaged the aforementioned changes In British society during our formative years in the 80’s. In the media too, authentic lgbti representation is now the accepted norm. The 80’s was a transitional period, where the lgbti community was still finding it’s voice. I now fully enjoy the fruits of the labour of my lgbti forebears. I consider myself fortunate to live in my current times, being the child of immigrants to the UK, who is both Muslim and gay.