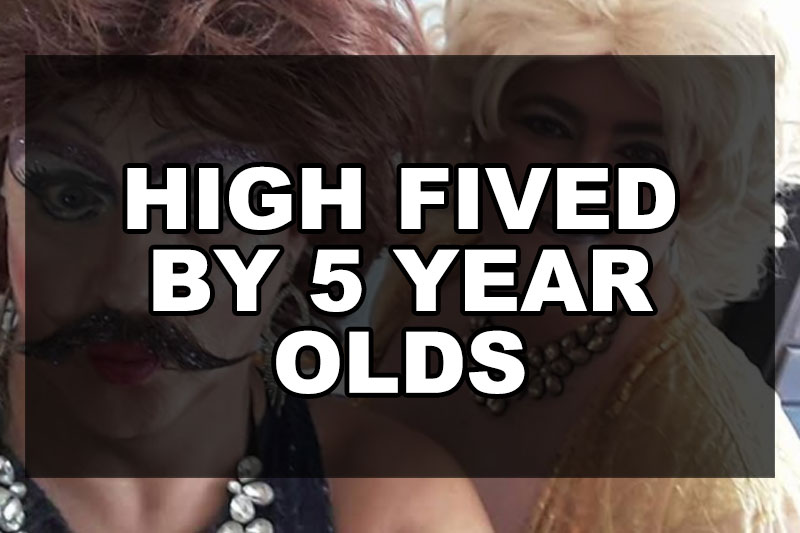 Editor’s Note: The following submission is from Mark stuart-wood. Have an LGBTQ+ related experience or story to share? Having your article published on this site will automatically enrol you into a raffle to win a $50 Amazon Gift Card. Submit an article today via queerdeermedia.com.

Singing yes singing ill sing in manchester gay village at the hollywood showbar. No still not doing worthwhile . Thats where i met stuart and we embarked on becoming the greatest male duo to hit clubland . Long black cloaks yes this is it im relevent singing indie music . But alas not and alas not at all worthwhile.

Stuart decided to move abroad , i was 47 I could not possibly earn a living as a trendy singer at that age or could I ?.
I drew my plans and begged stuart to help me become a drag queen . I explained if i did drag it wouldnt matter how old i was . He agreed to do it as a one off . OMG perhaps this was it my worthwhile. First gig and we are on fire . Stuart is now not going abroad , hell no not after that recepetion .

1 year on and we are the toast of the working mens clubs circuit , we are the Victorians and we are going to audition for britains got talent . Oh yes we are and we have no idea of what is about to happen. OMG we are to perform for simon cowell , OMG we are sent through to the live semi finals . We are now bosom buddies and we are on fire . This is it my worthwhile. The gay scene will love us because we have taken a risk and bared our souls on tv . One year later we are not worthwhile at all in fact im quite sure the gay scene has simply passed us by because we do not fit . Its not my worthwhile afterall .

3 years later and we are performing in holiday parks for familys , we are a bonifide drag act who do not perform for the gay community . We once again take risks we face the same potentially hostile hetero sexual audiences as we faced in the working mans clubs .