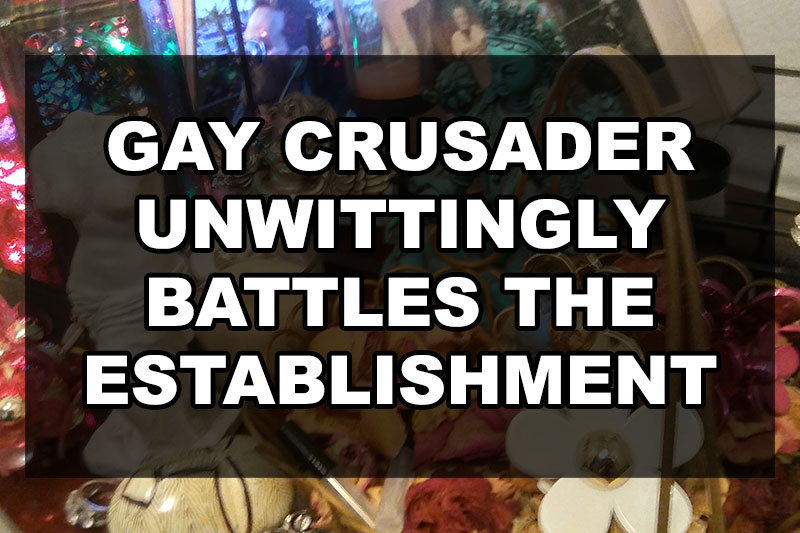 Editor’s Note: The following submission is from Al Henderson. Have an LGBTQ+ related experience or story to share? Having your article published on this site will automatically enrol you into a raffle to win a $50 Amazon Gift Card. Submit an article today via queerdeermedia.com.

[amazon_link asins=’B00M4W3B76′ template=’ProductAdRight’ store=’ourqueerstories-20′ marketplace=’US’ link_id=’d65116da-8c9a-11e7-abe6-0d916e7569ce’]When California was battling to legalize same-sex marriage in 2011 my spouse and I decided to renew our vows aboard a yacht off of San Pedro, California.

They eventually replaced him with another officer who let me go with no charges. Police maintained positions on my street, hiding. This left me with a profound sense of fear. I now realize that I will never be safe in this country as long as anyone can wear a badge and then bring their personal bigotry and hatred to that badge.
Join the police or Sheriff Department in California; find out who hates the same people you hate, and then use that badge as a tool to harass that Minority.

We have not applied for a same-sex marriage license or marriage license because we both fear that the government is using this as a tool to determine who is gay and who is not gay with the intention of repealling the laws that have been passed to protect our civil rights and then take the information garnered to use it against the gay population.

I am Caucasian, my spouse of a quarter century is Guatemalan. The things I have seen with my own two eyes will shock and disgust you. I know they shocked me while they were happening .

A policeman once was speaking to me with the same respect I gave him, in a civil manner, when my Hispanic spouse walked up respectfully also, to support me. The LAPD uniformed, badge wearing white man shouted at my spouse “I don’t give a fuck”. Before my spouse even got two words out.

Bigotry in this country is rampant. EVERYWHERE.

I find myself able to view things from a unique perspective.. speaking Spanish having some Spanish blood but having blue eyes and blonde hair often puts me in extremely uncomfortable positions.

Not being a stereotypical feminine gay man, many people mistake me as a heterosexual person.

Having worked for many years with the Los Angeles County Bar Association and the State Bar of California I was told several times by a supervisor “there is no such thing as a gay black man”. He chose to believe that statement and brought it up regularly.

I have stories to tell that will curl your toes and they don’t all make me sound like an outlandish bigot.