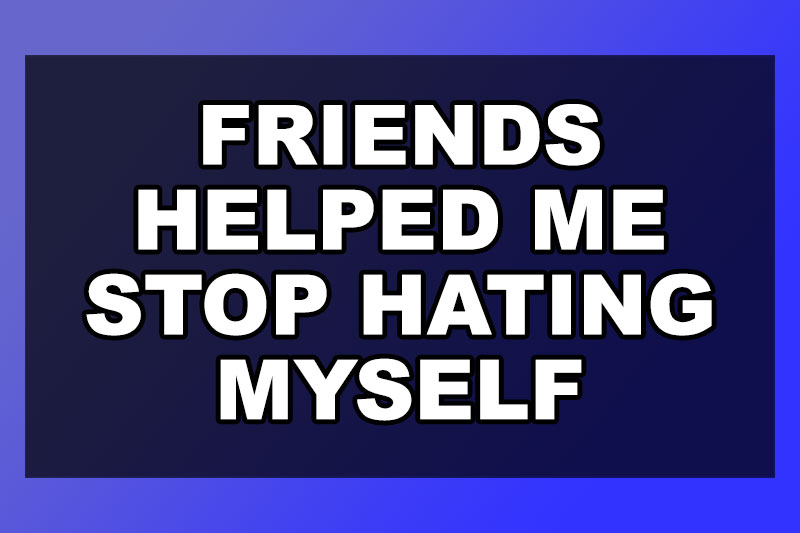 Editor’s Note: The following submission is from Bodi Elliott. Have an LGBTQ+ related experience or story to share? Having your article published on this site will automatically enrol you into a raffle to win a $50 Amazon Gift Card. Submit an article today via queerdeermedia.com.

[amazon_link asins=’B06ZZQKK5F’ template=’ProductAdRight’ store=’ourqueerstories-20′ marketplace=’US’ link_id=’2ffb0d5c-8c94-11e7-9593-bf0d1cfb76b6′]Am I gay? Am I queer? Or am I even a human being? Perhaps it might surprise you that there’re many people who would say that I’m neither, not even the latter, after having told them who I am. This text, however, will be about those who accept me.

So there I am, 18 years old, and and meeting with a friend, Oscar [name changed], in the city. We know each other since we’re together in primary school and there isn’t anything we couldn’t talk about. Really anything? Well, yes. Definitely. Except…

He was the first one I came out to as gay two years earlier and he was very accepting (just like my other friends and my family). But that was somehing different, that isn’t what I’m going to talk about with him today. That is, if I hopefully manage to overcome my fear, a fear at least as big as when I told Oscar that I’m gay: How will he react? What if this will end our friendship? What if he tells others? Maybe he’ll tell my parents and they will throw me out? This is different than saying I’m gay, though. This is…without a comparison to anything else I know.

Yet, Oscar’s my friend. He deserves to know this about me. What is a friendship when you can’t be open about yourself anyway? So I have to trust him and I want to trust him. The only problem is my mouth won’t open to say the words. I’m not even sure which words. I only know that I have to say it. I can’t hide any longer. Just like two years ago, I’m certain that remaining silent about my feelings will probably lead into depression and that’s perhaps the only thing I’m more frightened of than saying those words…

It’s a sunny day and as we’re walking, passing by tourists and Italian restaurants downtown I finally say “I’ve to tell you something”. That’s one of those sentences whose actual content is almost entirely based on the speakers tone and mine was an ocean of nervousness. He responds, “Um, okay”.

What follows are thirty, perhaps sixty, seconds of me stumbling over my words, trying to say what I couldn’t say for at least five years to anyone. “I… so… it’s complicated”. I feel my heart beating faster and faster while I breathe heavily as if I had just run a marathon. “I’m, … sorry, I just don’t know how to start… like…”. I’m starring down, not being able to look to my left into his face. “So, you know I’m gay but… it’s… more… difficult… than that.” Every single word is a challenge now. “I’m gay but I… don’t like, like thirty year old hairy man with muscles or someone like that. I… I’m attracted to… twelve to nineteen year old boys.” I somehow force myself to look to my left, but I don’t know how I should interprete his look. “I understand if you hate me and I hate myself. Should I kill myself? I’ve never told this anyone and you’re my friend so what do you think I should do? I don’t want to be a bad person, but I’m not really attracted to adults. Please, I do anything you tell me but I don’t want to be a bad person”. I hold my breath. I feel like crying but I can’t. Panic prevents me from it.

Oscar tells me that he accepts me, that we’re still friends. It’s like a weight has been lifted off my shoulders, one that I could have never imagine living without up until this moment. He sounds confused and a bit worried about me saying how I hate myself. I’m just overwhlemed by gratitude. How? How can he say he’ll always be my friend when I just told him that I’m a pedophile? Shouldn’t he call the police or a doctor to castrate me? I would never hurt anyone but isn’t having these attractions alone illegal and disgusting and evil? Did he really understand what I just told him?

Apparently he does. It’s just… incredible. I wanna hug him or let him somehow know how he’s the best friend ever. But he’s 17 and I’m afraid he could think a hug would mean I would be in love with him. So I simply say thank you over and over again.

Three years forward, being a 21 year old student now, I’ve told most of my other friends, and even my parents, that I’m attracted to boys. Every time I came out, I could accept myself a bit more. Yes, there are people who say that “people like me” are evil and will break laws, and should all be dead and as a young teenager I believed what they said. I let them define me.

Now I’ve come to understand that those who mind don’t matter and those who matter don’t mind, as the saying goes. I would rather kill myself than hurt others and if anyone doesn’t believe me then that’s not my problem. I have friends and family who want to see me happy, who see me as a human being as valuable as any other person. So no, I’m not going to kill myself or hate myself for my attractions. The people who know me deserve more than someone who hates himself for something he has never chosen to be.

I’m no the person to ultimately define wether minor attracted people or pedophiles or whichever term you prefer, can be queer or gay or anything else. What I am though, without any doubt, and this is what my friends helped me to realize, is that I am a human being with complex feelings and thoughts and worthy of compassion.

So, if any other young person in a similar situation is reading this: Please don’t give up. Maybe you feel desperate. Odds are you feel like a disgrace for your family, other queer people, anyone who knows you. But that’s not true. There are people who will support you who will help you if you need them. Because you are valuable. All human beings are valuable. And all human beings are invaluable.