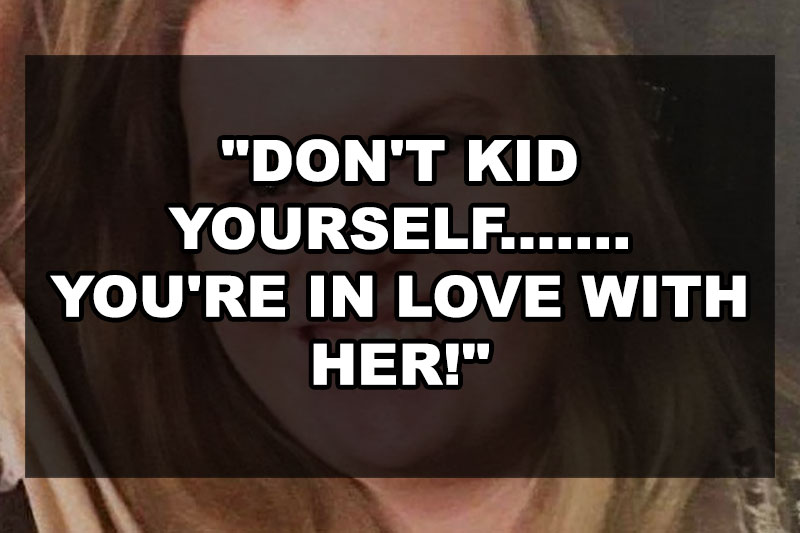 Editor’s Note: The following submission is from Lexi Moulaison. Have an LGBTQ+ related experience or story to share? Having your article published on this site will automatically enrol you into a raffle to win a $50 Amazon Gift Card. Submit an article today via queerdeermedia.com.

[amazon_link asins=’B0746C9651′ template=’ProductAdRight’ store=’ourqueerstories-20′ marketplace=’US’ link_id=’9d052590-8c97-11e7-ac7e-653fe411ab51′]Technically, when I was fifteen and in denial about the crush I had on my best friend, the subject of whether or not I liked her as more than a friend was brought up to me; but it wasn’t a statement, someone trying to get me to see how in love with her I was. Actually, it was posed to me in the form of a question, twice. (once by a friend of mine, and the other by my mom). And I vehemently denied it both times.

It wasn’t because I was homophobic; not at all (I actually considered myself to be bicurious back then). I was just really confused, and scared. The only time I had ever questioned my sexuality was a year prior to this, for an entire week, and I thought I was a full-blown lesbian back then, when I really wasn’t. And that first questioning phase had ended really badly, with the girl telling me never to talk to her again after I said something really stupid and uneducated.

Two days later, I told my friends what happened, including my best friend. We were all huddled by the stairs as I told the story, and one of my other friends asked me if I’d kissed the lesbian. I said no. But later in the conversation, when the story was almost finished, I told them that there was another girl I’d wanted to kiss at one point.

This was my first mistake.

I’m not sure if it was just my friend who’d asked me the question about kissing the girl in the story who was doing this (I’m pretty sure at least some of them were telling me I didn’t have to, with a few others egging me on), but she definitely wanted to know who it was. And if you haven’t already guessed at this point, let’s just say that girl was among us.

I stalled for a really long time, debating on whether or not to just blurt it out and move on with my life. For you see, I had kept this secret from all of them for the past 6-8 months, ever since the moment I got the urge to plant one on my best friend during one of our sleepovers, and didn’t act on it out of fear. At fourteen years old, I wasn’t ready to ruin my friendship with her that we built over the past four and a half years of my life. But boy…….. with this secret just bubbling under the surface for so long, these girls were really tempting me to let it slip.

And I eventually did, but not with my words. I finally turned to my best friend, hesitantly asking her if she remembered that sleepover, when we’d talked about the crushes we had on guys at the time (hers being her sweet neighbor, and mine being a jerk jock). She said yes, and then with pained eyes, I made a gesture with my hands, pointing between the two of us.

I still remember how everyone dispersed from the area the moment after I did that, and how regretful I felt. Granted, my best friend only went to the other side of the room, but everyone else immediately got up and beelined for the door. And after a few moments of sitting there and asking myself why I just did that, I stood up and walked over to her, telling her that I was sorry. She said it was okay. But it was clear when I messaged her later on Facebook that it wasn’t; because we agreed to never mention it again.

Fast forward to a year later, at age fifteen, I had a dream about her that was a bit too emotional to just be platonic; but I interpreted it as such, because I had kept that promise to her, and I was so scared of breaking it. But I told her about what happened in it anyway, because I somehow thought that it was telling me that I neglected her, when that was far from the case. Over the past year, we had “drifted apart,” so to speak. But little did I know at the time, that she was actually the one perpetrating that. I was being slow-faded, and I thought it was my fault.

Anyway, though, after I had that dream, I set myself to “make amends,” having no idea why I really wanted to spend so much time with her. And no idea why she was continuing to phase me out, without telling me what was really going through her head. I wrote a story about our friendship, a song about how I missed the good ol’ days, compiled a list of (mostly romantic) songs that I intended to put onto a mix CD to give to her for Christmas. And I started developing a seething jealousy over the new girl she was becoming close with.

I convinced myself that it wasn’t because I was in love with her. But I was. Oh god, I was.

Long story short, freshman year of high school became one of the most painful years of my life. But before most of that unfolded, I was asked by my friend if I had any romantic feelings for her (also telling me that my best friend was the one who’d wanted to know), and I told him I didn’t. I even gave my best friend a lengthy message about how I didn’t feel that way about her (and that I “definitely preferred” guys), but I still really cared about her, and that was why I was doing all of these things. Yeah, as if.

If I had the opportunity to go back to that time in my life just tell myself that I wasn’t straight, you can bet your balls I would; because I knew I wouldn’t have listened to anyone but the person who had literally been in my shoes and beyond. The exact words I always picture myself using when I go back in time are, “Don’t kid yourself, Alex……. you’re in love with her.” And I know those words would have to be said with compassion, because back then, that would’ve been the most poignantly painful thing to admit to myself. Because, deep down, I knew that she didn’t feel the same way.

But that being said, I also would tell my younger self (after a period of mourning, of course) that even though it felt like it, this wasn’t the end of the world. That life would turn out okay, she would find a girl who made her happy and who loved her back. Because even though there’s still heartbreak – at twenty-one years old, I’ve lived enough days, to see better ones than I ever could’ve imagined in high school.

And because of that……. I know she will, too.

And that’s all that matters.