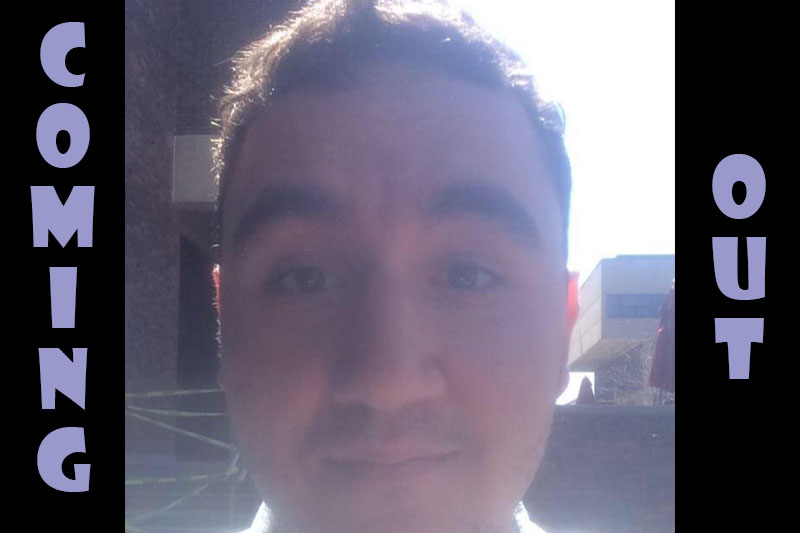 Editor’s Note: The following submission is from Daniel Zuaro. Have an LGBTQ+ related experience or story to share? Having your article published on this site will automatically enrol you into a raffle to win a $50 Amazon Gift Card. Submit an article today via queerdeermedia.com.

[amazon_link asins=’B074G51TFD’ template=’ProductAdRight’ store=’ourqueerstories-20′ marketplace=’US’ link_id=’29443d73-8cb0-11e7-9f15-6108b6a43f1e’] It never really occurred to me that being gay would change me as a person. It helped me change my way of thinking, it helped me to think of life in a more positive way. The journey I had to take to finally accept myself for who I am was an incredibly long journey. It was a journey full of mental and emotional abuse, and a journey full of confusion and tears. This journey, however, only made me stronger.

Let’s take this back to the beginning. When I was little, I was a happy-go-lucky little boy. I was very hyper, and always had a smile on my face. Even when I was little, I knew that I was different. While my brother was the athlete, I was the one singing to the radio or to the many cd’s that my mother and father had collected. I even lived in my own little world that I made up if I wanted to be alone. I guess even at such a young age, I knew that I was weird.

The word “gay” was never really used around my house, so I never even knew what it meant. During my young, naïve days, I thought that the word “gay” was used in a negative way. A way used to offend someone and to make them seem less like a person. But soon, the word “gay” started to change for me. In my elementary school, I always found myself finding this one boy in my class to look cute. Of course I kept that to myself to avoid any conflicts, but I just found myself attracted to him. When it came to girls at that time, I always said that I only liked them as friends. As much as I would’ve liked to have girl crushes, it never happened for me.

When middle school came around, this is about 2007, that’s when life started to get hard for me. It was during that time that I had my first kiss, and that first kiss was with a boy. When that kiss happened, it felt like this adrenaline rush came over me. That boy and I kept what we had a secret. However, rumors started to spread about me being gay. I constantly denied it, but the hateful words and bullying that I had endured broke me as a person. I felt like the biggest outcast and it made me feel like less of a person. Is this what words can do to a person?

Until middle school ended and up until high school, I kept myself out of the public eye. The rumors and bullying had subsided and I started to live a life of an in the closet gay. I kept myself involved in my school’s choir and began to make friendships that still last to this day. I did have my share of being with girls, but it still never felt the same to me. By senior year, it was spirit week and my friends and I were talking about what we should all dress up in. I was thinking about wearing something a bit, flamboyant, when a friend of mine told me that it wouldn’t be the best idea as “people still think that you’re gay”. It felt like I got punched in the stomach. The fact that I was still in the rumor mill just baffled me. At that point, I was like “why would it even matter if I was gay or not? It wouldn’t effect anyone else.”

I graduated high school in 2013 and began my college career at Buffalo State. Meeting new people definitely made me feel better about myself. Meeting all different types of people of race, sexuality, religion, was such a great experience for me. I remember the moment that I decided that it was finally time to be me. It was an assignment for this Academic Environment class, that we had to write in out journals about something personal about ourselves. I did decide to write about the bullying, but not about me being gay. I felt stupid not to say anything. It was then I decided that I had to tell someone. I needed to get the weight off of my shoulders.

In 2014, I finally told a friend that I was gay. Let me tell you that it was the BIGGEST sigh of relief when my friend accepted me. I then began to tell another friend, and then another friend, and began to feel happy! I went back up to school for my spring semester and I kissed my first guy in years! Though things didn’t work out, it still felt great to be myself. The biggest obstacle for me would be telling my parents. That summer, my mother’s friends daughter, who is a lesbian, married her partner. I remember that my mother had made a comment that wasn’t so positive, and it made me think if coming out was the right time.

When I left for sophomore year, everything seemed normal. Not even about a week or two later, my mother called me to check up on me as the concerned mother that she is. It was a normal conversation, until my mom asked me if I was alone. I told her I was and she hit me with this “I read the messages that you and your friend had about your sexuality”. I swear to you, my heart stopped! Before I came back to school, I had a conversation with a friend of mine on our family iPad about coming out to my parents. I must have not logged off of my message account, and my mother saw it. Anyway, I began to freak out and my mother began to calm me down. Her and my father had a talk and they both agreed that even if I am gay, they still love me. They told my brother, who is the straightest of straight, and even he said that he still loved me as his brother. I told my grandmother, and she was ecstatic!

Now that I’ve come out, I feel so much better about myself. I’ve changed myself for the better my starting to exercise more often, to rid myself of the past destruction that I had done to myself. I do look back at my past and wish that I could’ve changed things, but those events only made me a stronger person. I plan on becoming a broadcaster, whether radio or television, I just like having the attention now! I long to inspire other with my coming out story, just like I was with the many other brave LGBT people who have come out before me. Through it all, I can finally say that I am now happy!