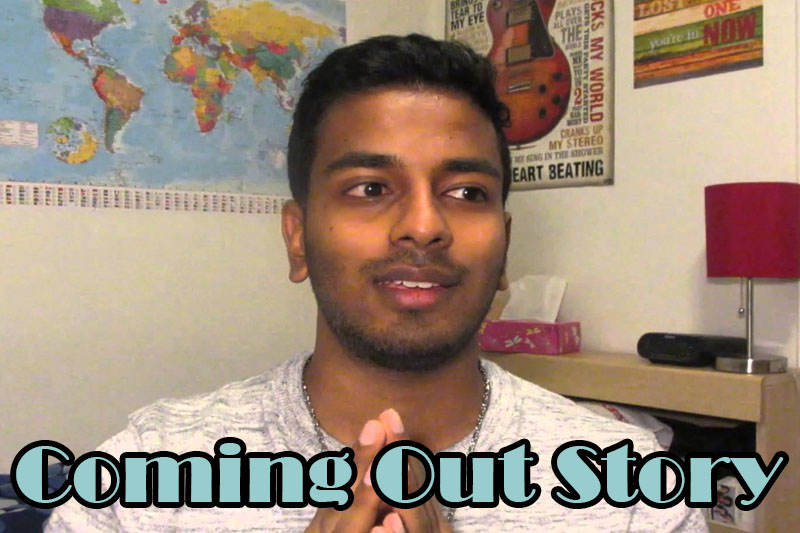 Editor’s Note: The following submission is from Kabilan Moulitharan. Have an LGBTQ+ related experience or story to share? Having your article published on this site will automatically enrol you into a raffle to win a $50 Amazon Gift Card. Submit an article today via queerdeermedia.com.

Although this video may show common similarities with many coming out stories, the main reason why I wanted to make this video was to shine light on LGBTQ minority communities, especially within South Asia.
The whole concept of homosexuality is still a taboo within the South Asian community and often described as “a white thing”. I wanted to show that yes, there are some South Asian people that are gay.
Many South Asian men who identify as gay have to live that part of their life in secret. Because it is not safe to live life as an openly gay man in many of those countries, gay men often try to live a heterosexual life by marrying a woman and having a family. Some suppress the homosexual feelings, but others have to sneak out to secret locations where they mingle with other gay men.
While I was trying going through my coming out journey, I came to YouTube to hear coming out stories of other people in hopes of gaining confidence in myself, cope with my sexual orientation and use other people’s outcomes to help me prepare for mine. I realized that the vast majority of these videos were created by Caucasians. I thank everyone who posted their stories, but I thought it was time to share mine and possibly help other south asian males who are struggling with their sexual orientation.

Watch below for more: