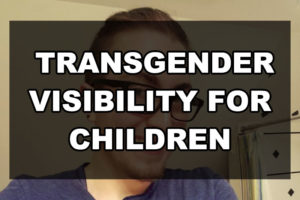 One of my biggest regrets in life is not finding out transgender people existed until my mid-teens. Growing up, I never heard of transgender as a concept. My parents, my school, and the media were all silent. I was told I was a girl and I accepted that I must be. I ignored the constant feeling of disconnect from my body and how much more I identified with boys than girls because I had no ability to consider that I had any options other than to live with what I was told I was. 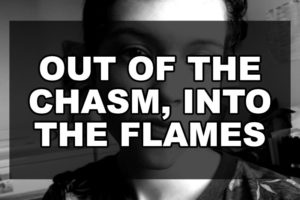 There is a phenomenon in trans culture that I’ve been aware of ever since I started watching transitioning videos on Youtube in my mid-teens (not so long ago, but it feels like an age – it feels like the glaciers have moved half a continent since then). 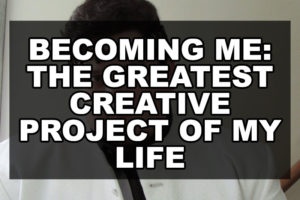 Hi, I’m Elliott. Strange how something as simple as introducing yourself can be so life changing. I am a Transgender man. In the past year, I have made progress that I have been waiting for my entire life. I started therapy with a therapist that I trust and who has experience with transgender patients. 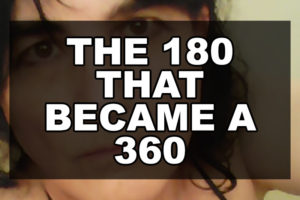 In the post-hippy years of the early-mid 1970s, my mother proclaimed aloud how she wished she could understand the bible. Like many peers of her generation, she had grown up during the Great Depression, watched as her brothers and husband went off to fight in World War II, worked hard to help support her daughter (my elder sister), and rejoiced when the war was over and they proceeded to build what they believed to be a greater country that the one they grew up in. 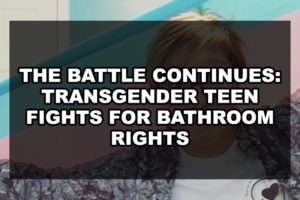 My name is Drew Adams. I am 16 years old. Two years ago, I came out as transgender. I had spent almost 15 years of my life as a girl, but I realized in my heart and my soul that I am a man. Well, maybe not a man yet, since I was only 14, but I was definitely a boy. 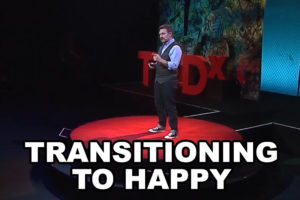 Jeremy Wallace gives us a glimpse into his journey of transition and becoming a man, later in life. Through this process, he not only found his true self, but also what it feels like to be authentically happy.

I am no stranger to Facebook “comment wars.” At one time, I was a wannabe golden child in both the Evangelical church in which I was primarily raised, and in conservative Catholic circles where I worked after college and during graduate school. Today, I am a fiscally moderate, socially liberal clinical counselor and educator specializing in trauma.