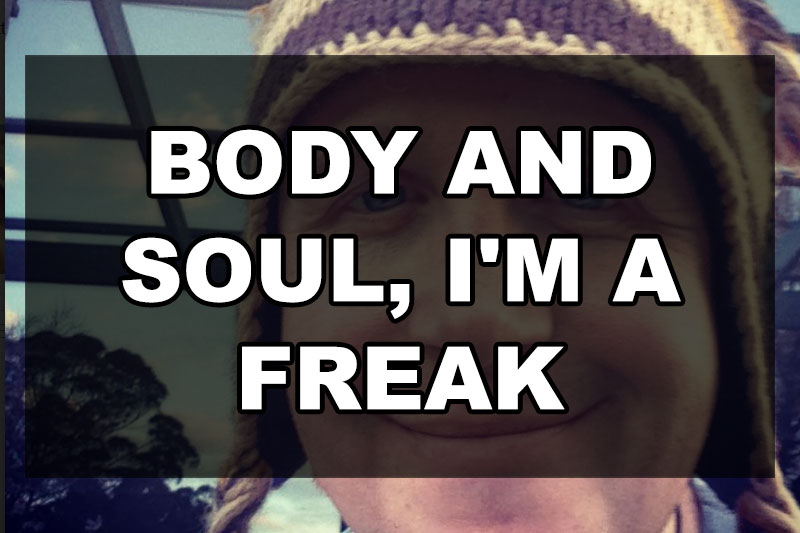 Editor’s Note: The following submission is from Jay. Have an LGBTQ+ related experience or story to share? Having your article published on this site will automatically enrol you into a raffle to win a $50 Amazon Gift Card. Submit an article today via queerdeermedia.com.

At 16 I liked the things a lot of boys did. I liked pretty girls, loud music, cheap beer, and dreaming about being a rock star.

I’d formed a “band” with my best friend, there was only the two of us, and I wanted to be the lead singer, but couldn’t sing in tune, so settled for playing bass.

Influenced heavily be Silverchair, I wanted to get an eyebrow piercing, but I was worried I’d get in trouble with my school. I got an ear piercing instead, and I completely and totally failed to keep it a secret from my parents for more than about an hour. Turns out trying to cover it with my then-shaggy hair wasn’t such a foolproof disguise.

I also had a different secret. A secret crush. On Silverchair’s singer, Daniel Johns.

Tattered postcard pictures of Silverchair graced my locker door next to a poster of Brooke Satchwell. I’d been putting up posters of bands or photocopies of album covers for some time, with Neighbours actresses sharing space next to scary-looking guys with long hair.

Except with Daniel Johns I had come to understand something new and frightening about myself that changed everything.

I couldn’t confide in my friends, and I definitely couldn’t tell my family. I remember the time my Dad told me that he thought Homosexuality should still be a crime, and that gay people were mentally ill, on par with paedophiles.

My older brother also liked a lot of the things boys did. He liked football, and guns, and war. He was good looking, and popular. You can’t even accuse him of being the typical “jock” type, since he was also really smart – I’ve no doubt if he’d ever had any kind of interest in writing, he’d be winning poetry slams and doing a better job than me of storytelling. As it was, he broke records for high jump and won rugby games.

Don’t get me started on friends who could just about tolerate gay people, but told me that they thought bisexuals were disgusting.

Coming out was definitely not an option.

There were no openly gay kids in my school. Though a few people I know have come out since, right then and there, recognising I was bisexual, I felt like a freak. At that age, gay was still the biggest insult you could give another boy.

Growing up in the UK, it wasn’t cool to like rock music, and while I always did read into the meaning of songs, in Silverchair’s song Freak the repeated refrain “body and soul, I’m a freak” meant a lot to me. Because I felt like I was some kind of freak myself.

Freak was captivating, catchy, and cathartic — and it was telling me that I wasn’t the only “freak”.

Looking back now, I’m wryly amused. Every teenager feels like they’re the freak. We all think we’re the only one who doesn’t fit in: but Silverchair told me that it was OK to feel like a freak, and to wish you were cool, because I wasn’t really alone.

I still feel like a freak to tell you the truth. But Silverchair told me “we’re all ‘freaks’, and you don’t have to hide or be ashamed.” I still believe that message is one of the most important things to learn at 16.

Whether you feel like a freak because of who you are attracted to, or because of some other secret that you can’t confide, you’re not as alone as you think you are