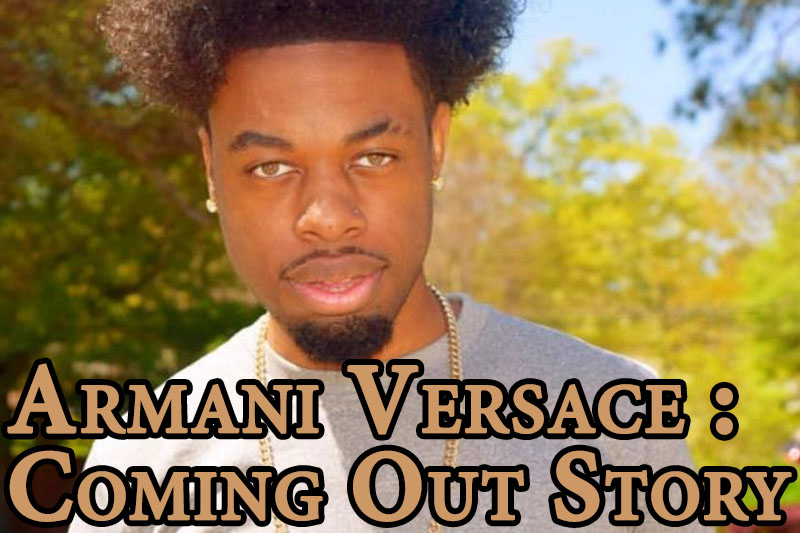 Editor’s Note: The following submission is from Armani Versace. Have an LGBTQ+ related experience or story to share? Having your article published on this site will automatically enrol you into a raffle to win a $50 Amazon Gift Card. Submit an article today via queerdeermedia.com.

[amazon_link asins=’B0714CMZ3V’ template=’ProductAdRight’ store=’ourqueerstories-20′ marketplace=’US’ link_id=’b4153921-8cad-11e7-96b0-dbbbf0c7edde’]What I thought was going to be the worse time and moment of my life actually made me the strong homosexual I am today. When I was young growing up in the middle class household I always knew I was gay and that I felt attracted to the same sex. I was always told you’ll go to hell if you choose to be gay in this society or that’s the worse thing to be and deep down I knew way different. By the time I was 10 years of age I would go to school so confused on why people didn’t like gay people and why I felt so alone in my own skin.

It was like being in a big bubble all by myself with no one to join me inside. Being bullied because of the way people would judge my pronunciations and the way I would say things or do things that others thought was gay made me grow up very angry at a very young age way more than others. I always knew the feelings I had for boys felt right no matter what people thought and how society viewed it. At the age of 16 in high school that’s when things got easier and also rough for me being a young black gay male. Just imagine living in a world being born African American and gay ? In high school I will admit I made a lot of friends and a lot of enemies because of the suspension of people thinking of me being a homosexual.

It was like a undercover depression in school that got intense for me to deal with as I got older. Everybody knew of me and lots of students always wondered what I was attracted to which made me very uncomfortable as a gay student. However , I never confirmed my sexuality to anyone in high school because deep down I was really scared to what could’ve happened to me. I had heard all type of stories about what happens to gay students in high school and it made me frighten at one point in my life until that special day finally came to be true.

I remember the day being on a Monday afternoon me and my mother actually got into a really huge argument over different family issues. I broke down to me knees and I told her I need to tell you something personal that always bothered me. She said “OK what is it?” I said “Mommie I’m so sorry but I’m gay.” She immediately grabbed me and said “I love you no matter what your sexuality is your my son and nothing will change that.” I felt so grateful and honored to actually get accepted by my mother that really made my life much easier to deal with because I finally had somebody to converse with about my discreet gay lifestyle. It was like a big relief to actually feel comfortable and tell her everything I was feeling and everything I was going through being her young child that’s gay.

After that day I had a whole different perspective on life and everything around me but I still didn’t say anything about it to anyone in high school because I had a exact vision about my gay life that I could embrace. As the months went by in high school I began to embrace who I really was very discreetly. It was only the beginning when I began to research more into the LGBT community. I began learning so much about what it truly means to be a happy gay man in America. After graduating high school in 2015 I decided that it was time to finally face my truth with my friends and family about my sexual preference.
With the support of my close friends and family members I decided to come out of the closet to everyone I felt deserved to know the real me. I had no idea that my friends and family would get as close to me as they would. I had never felt so loved so much in my life by the people around me. My life got so much more interesting and marvelous for finally gaining the courage to embrace who I really was inside. I say this to clarify that being gay has been one of the most fascinating thing to be in my life and it can be to yours . It’s a lot of people who face the same problems I’ve faced in my passed.
No matter what people may think of you or what your taught at home being gay is a true gift and we as gay people truly make the world go round everyday in all ways. Coming out isn’t the easiest thing to accomplish but it’s well worth it and I want all the gays who are thinking about doing it to take a chance and just do it because then you’ll finally start to live a truthful life inside and out.