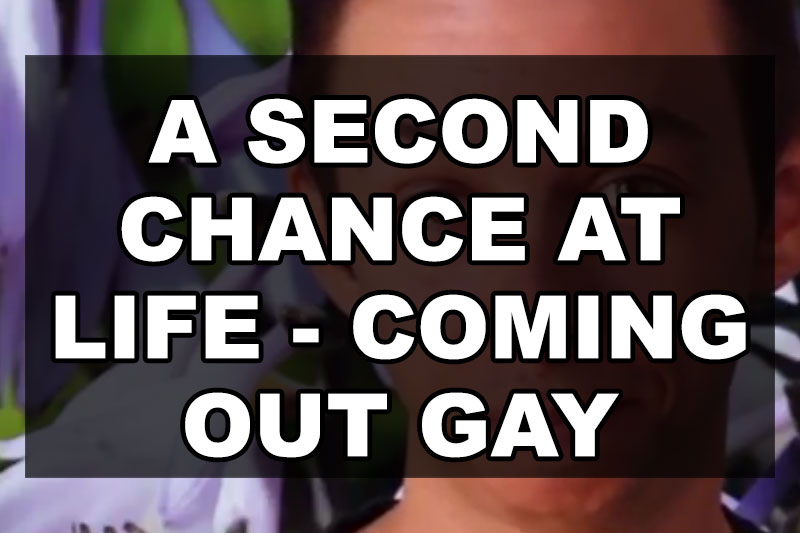 Editor’s Note: The following submission is from ChrisJohn . Have an LGBTQ+ related experience or story to share? Having your article published on this site will automatically enrol you into a raffle to win a $50 Amazon Gift Card. Submit an article today via queerdeermedia.com.

[amazon_link asins=’B0746C9651′ template=’ProductAdRight’ store=’ourqueerstories-20′ marketplace=’US’ link_id=’1eb59d07-9d81-11e7-a31c-e1cabdd0b1b5′]I had grown up in a loving home with my parents and younger sister. I guess I’d always known that I was different, it was around the age of 12 at school that I first realized that I liked guys not girls.

A few people close to me in my life had never been supportive of the LGBT community. If ever there was a story on the news or an article in the papers there would always be a lot of negative comments made about it.

As soon as I was old enough I went out and got a job, I thought that if I worked hard and saved every penny, eventually I would have enough money to move out from home. Then I would be free to go out, find a boyfriend and live happily ever after, with no one ever knowing I was gay. Every time I reached the goal I had set myself, I always thought it was never enough. I kept setting myself new higher goals so I could put off actually coming out.

It was in 2012 that I became very unwell, I spent a lot of time in hospitals. I was sent for an MRI scan and as I lay there in the scanner I found myself overwhelmed with emotions. If this was it for my life, then I’d wasted my life. I hadn’t lived, as I want to. I hadn’t achieved the things I wanted from my life. My biggest regret was that I was never open and honest about my true self. After a few weeks I got the call from my doctor and thankfully it had been a false alarm. I was overcome with relief but then I realized this was my second chance. I made the decision that it was time for me to take a leap into the unknown and to finally come out.

I came out to my sister first and she was amazing, I couldn’t have asked for a better response. I waited a few days before telling my parents. Unfortunately this was where everything started to fall apart. They had ideas of what they thought it meant to be gay; completely based on stereotypes. To them I was nothing like these stereotypes, so I couldn’t be gay. Life at home became unbearable and I ended up moving out from home. I stayed with my grandparents for a few weeks while things settled down. I did still speak with my parents but decided I just needed some time away to come to terms with the enormity of how my life had just changed.

It’s now five years since I came out as a gay man and I finally felt ready to sit down in front of a camera and share my story. It’s something I wanted to do as watching coming out videos on YouTube helped me to come to terms with my sexuality long before I decided to finally come out.